Realizing these are especially challenging times for artists, all coaching will be discounted for the foreseeable future. Because we really ARE all in this together! Additionally, all hour long coaching sessions will include a review of self tape auditions with notes so that actors can make final adjustments before submitting to casting.

As former Head of MGM Television Casting, and over 25 years dedicated to helping further the careers of notable actors such as Johnny Depp, Ryan Reynolds, Dakota Fanning, Jason Momoa, Lisa Kudrow, Bella Thorne, Joseph Gordon-Levitt, and many others, I bring my extensive experience as a casting director and audition coach to offer actors of all ages individual coaching that will make the difference between a passable audition and a truly memorable one.

Not unlike many casting directors, I started my professional life in the industry as an actor, first on stage, professionally, and then in Television and Film. Those experiences have informed how I approach my work as a casting director, teacher and audition coach.

After attending Arizona State University on an acting scholarship, I furthered my training at the American Academy of Dramatic Arts in Pasadena, and previous to moving to Los Angeles, I traveled the country as a regional actor, working with notable theatre companies including The Seattle Rep, ACT, Seattle Children’s Theatre, The California Shakespeare Festival and The Arizona Theatre Company.

At the time, I didn’t have an overwhelming desire to move to LA, as many of my fellow actors did. I wanted to build my career as an actor in the theatre first, which is why, to this day, I have such respect and affection for actors who trained for the theatre and worked in Regional Companies all over the country. Some of the finest actors I ever worked with were unsung and underpaid but incredibly talented stage actors. We did it not for the money, but because we loved what we did. It was really that simple. But it was when I moved to Los Angeles, became a member of Theater West, and studied with the celebrated Casting Director, author and acting coach Michael Shurtleff, that I gained new admiration and respect for film and television acting and it’s very different approach to the audition process. It was in Michael’s class that I grew to trust my work not only as an actor, but also as an “auditioner” for film and television. It was also at that time that I gained a true appreciation and respect for the Art of Casting, which, at the time, I knew very little about. I had directed theatre and loved the collaborative interaction between actor and director and so, over time, and without too much kicking and screaming, I found myself firmly planted in a brave new world in which I could integrate my love for directing, acting and actors by fully embracing a completely new, yet somehow familiar profession; that of a casting director.

It is with this dedicated passion that I look forward to helping you prepare, create and deliver a winning audition.

One on One private consultation on what you can do right now to help you achieve career success. I’ll review of your head shots, resume and demo materials, (which you will provide in advance.) I’ll address your questions and offer specific recommendations and strategies that will help you clarify and define your career goals, while sidestepping common (and expensive) mistakes most actors make. Don’t be one of them! An invaluable investment in your future. For beginning as well as working actors.
$ 60.00 USD
Find a time

Specific, detailed one on one coaching on how best to prepare your scene with an emphasis on Auditioning. Material can be assigned by me, or provided by you. Focus on script analysis, intentions, objectives and specific notes that will enhance your understanding of the role with the goal of winning in the Audition Room. Self tape Zoom options available as well.
$ 96.00 USD
Find a time

PERFECT FOR SHORT SCENE AUDITIONS
Smaller roles for TV and Film are challenging. I will show you how to make the most effective choices in the limited time you have and leave the strongest impression... whether in the room, or self taped.

IDEAL FOR COMMERCIAL PREPARATION
I worked as a session director for one of the largest Commercial Casting Companies in L.A. I will show you exactly how to approach every commercial audition, and just as valuably, what NOT to do

MONOLOGUE AUDITIONS FOR THEATRE
As a trained theatre director and actor for National Regional Theatre companies, I will help you craft the strongest Classical or Contemporary audition possible. Tips on what to focus on and mistakes to avoid.
$ 48.00 USD
Find a time 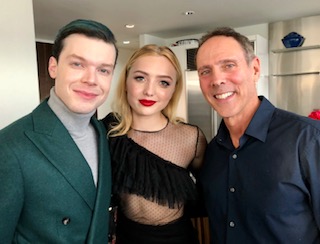 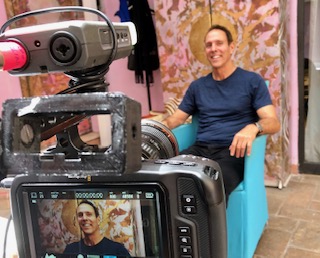 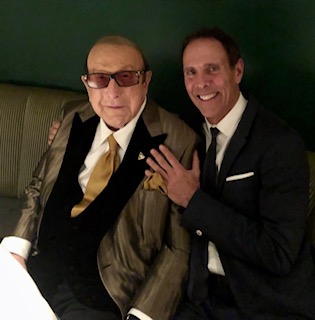 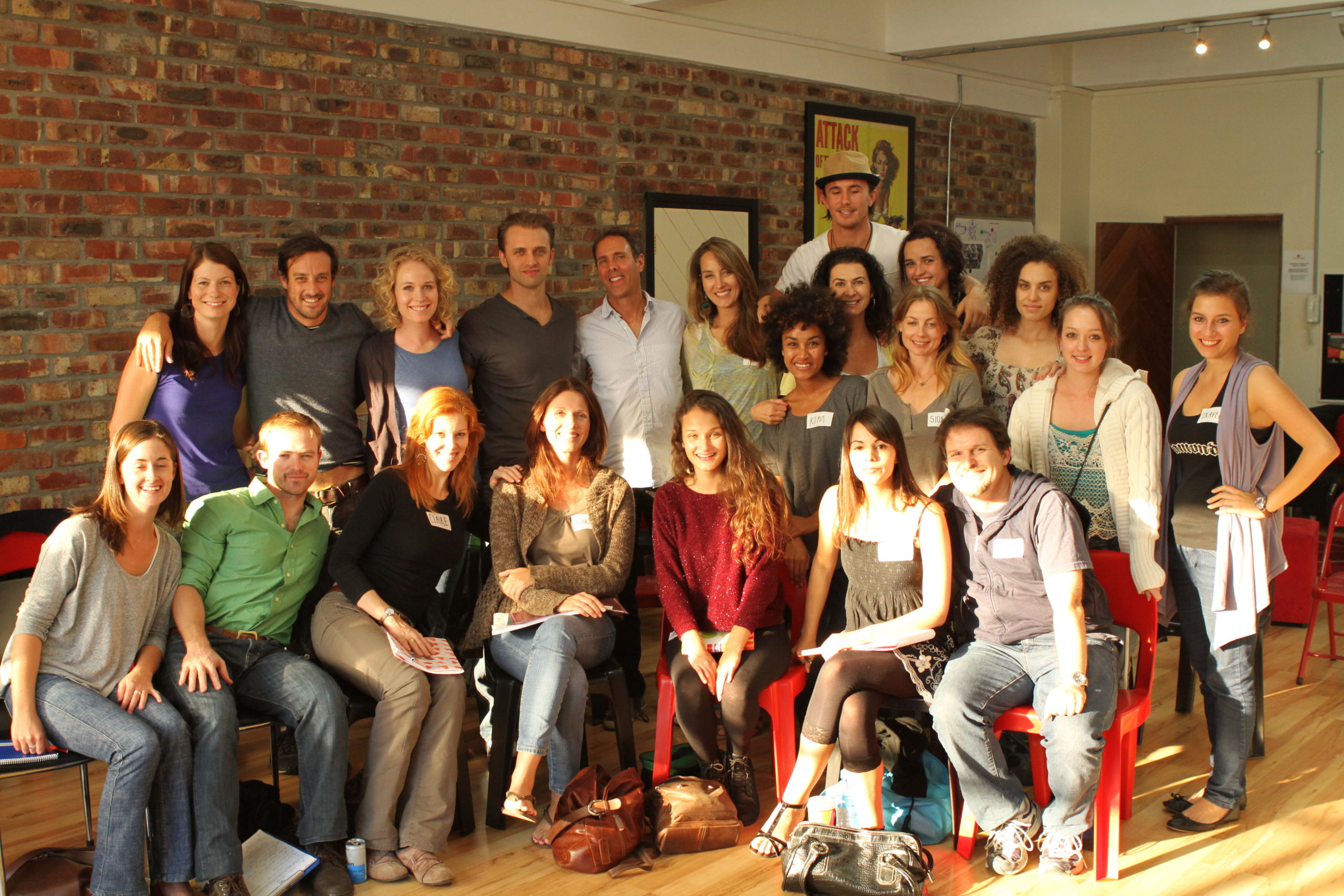 Callum Blue
Actor (Series Regular 'Dead Like Me')
Paul Weber cast me in one of my very first jobs, “Dead Like Me”. He is not only a calming and positive influence in what is always a nerve wracking and intense process, but he has an outstanding grasp on the craft of acting. His love and sensitivity for the craft allows you to explore the character in the room with him, and feel completely at ease creatively. He understands what it is to be an actor, what works and what doesn’t, and can bring the best out of anybody. His artistic generosity and expert knowledge would help boost any actors career.

Liam Mcintyre
Actor (Star of 'Spartacus')
Paul Weber saw a skinny, uncredited actor audition for the role of a hulking, iconic gladiator. Everything I knew about auditions told me, no matter how hard I tried, I didn't have a chance. Paul taught me the things I assumed about casting could be wrong - a good casting director will see the potential, regardless of the situation. His vision, belief and advice through the audition process was instrumental in me getting cast in Spartacus, something that has opened an entire career to me, and completely changed my life.

Anna Akana
Actress
“Paul is by far the most insightful coach I’ve ever had. He breaks down the beats of a scene, but still helps you bring your best self to the script. I owe most of my best performances in the room to his direction.”

Ellen Hollman
Actress (Series Regular 'Spartacus: Vengeance')
To walk into Paul Weber's casting office is an extraordinary treat compared to most. His empathy for the time, effort and pure passion it takes to achieve the maximum audition performance is not only a rarity, but his success in generating results speaks for itself. Thank you Paul, couldn't have done it without you!
Marg Haynes
Director, The Australian Institute for Performing Arts
It is Paul's gift to actors, to reach them and teach them to be better performers is truly a site to behold... I highly recommend Paul Weber's class to directors of schools and institutes worldwide.
Steve Rohr
President, Lexicon Public Relations, Author, Publicist for the Academy Awards
Any actor who is serious about their craft and career should be willing to leap tall buildings to get in front of Paul Weber. My clients revere him - and I challenge anyone to find a Casting Director more highly regarded both professionally and personally in our industry.