Nahanni has over 30 years of experience performing in front of the camera in film and television, print, and on stage.

After studying classical theater in Toronto, she started a modelling career in Paris, France where her acting ability helped differentiate her from other models and landed her monthly spreads in Vogue and commercials for L’Oreal, Diet Coke and her first acting job in the Italian film Summertime. She moved to New York to pursue an acting career and has studied and worked in New York, Los Angeles and Toronto, Canada.

She started acting on daytime television, with roles on One Life to Live, Guiding Light, and All My Children, and moved on to primetime series regular roles on CBC’s Liberty Street and NBC’s Third Watch, and guest stars on shows like Law and Order, and Spin City. She has worked opposite actors such as Greg Kinnear on Emmy award winning The Kennedys, Kevin Costner in For Love of the Game, John Turturro in HBO’s Sugartime, Gary Cole in An Officer and a Murderer, and Mark Ruffalo in Eric Bogosian’s Griller directed by Bob Falls at Chicago’s Goodman Theatre. She was nominated for a Canadian Screen Award for Booky and the Secret Santa opposite Megan Follows. Between tv and film jobs she wrote and directed plays with City Lab at Ensemble Studio Theatre.

Nahanni started studying acting with HB Studio teacher Walt Witcover in New York. She trained in Method techniques including Meisner with David Kagen and the Playhouse West in Los Angeles and Strasberg with Janine Manatis. As technology and styles of acting evolved, she moved to The Barrow Group in New York with Seth Barrish and Lee Brock, which offers a performance style based on simplicity, clarity and spontaneity. She was mentored by the late Curt Dempster at Ensemble Studio Theatre, where she developed her writing and directing skills and her passion for self empowerment and initiating projects. Working with acting coach Lewis Baumander, focusing on authenticity and the demands of the camera and HD, gave her the insight and inspiration to help other actors adjust their style to this new technology, and she began coaching at LB Studios. After 8 years of teaching classes, coaching privately, and taping auditions at LB Studios she started The Studio For Working Actors, where students learn from professional actors who have years of on-set working experience. She works to empower actors to not only book jobs but also to create their own projects, to share their own stories and to make their own work!

Career consultation, review of self tape, or audition rehearsal
$ 50.00 USD
Find a time

In depth prep for auditions, set, or on camera technique including how to adjust to closeups
$ 120.00 USD
Find a time 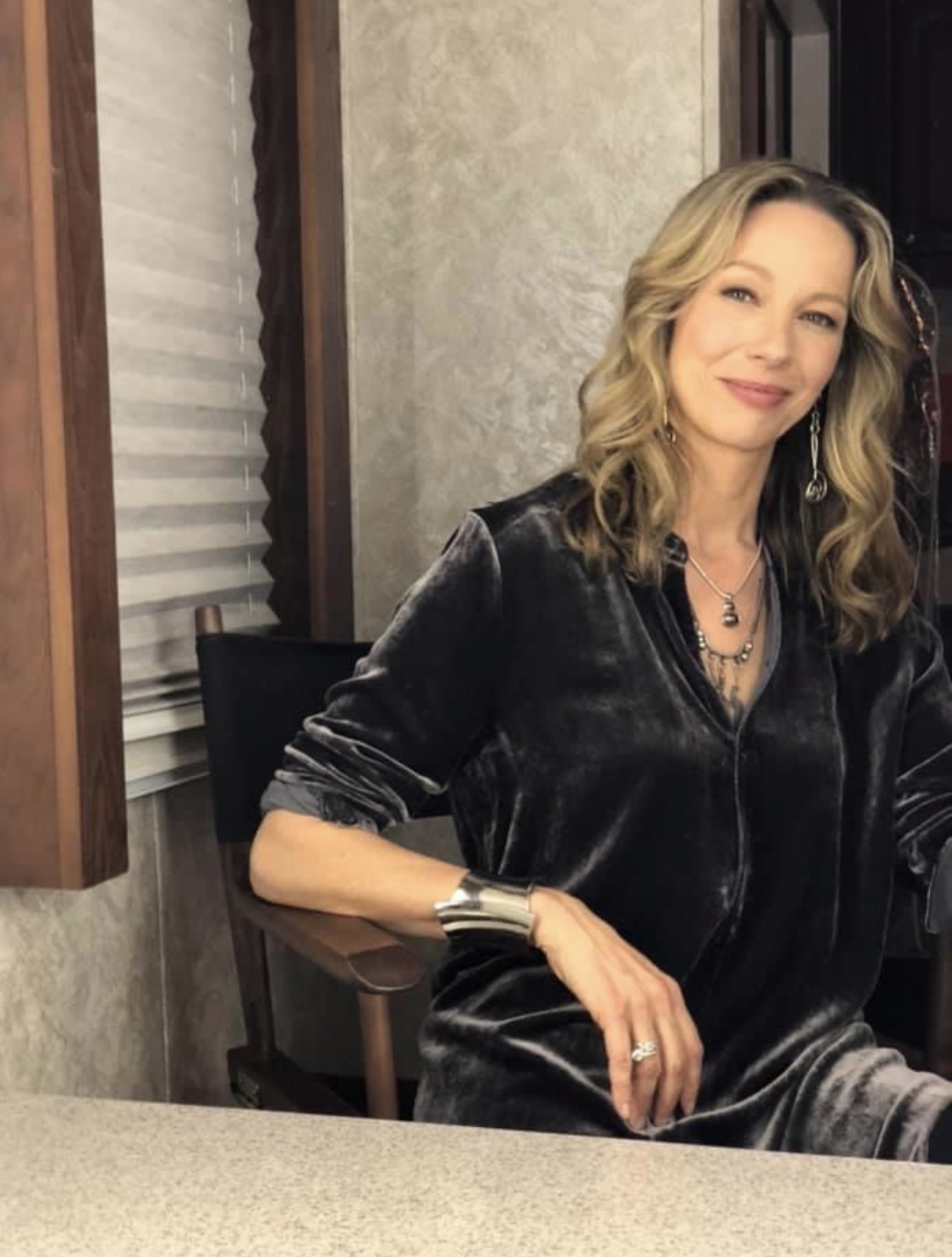 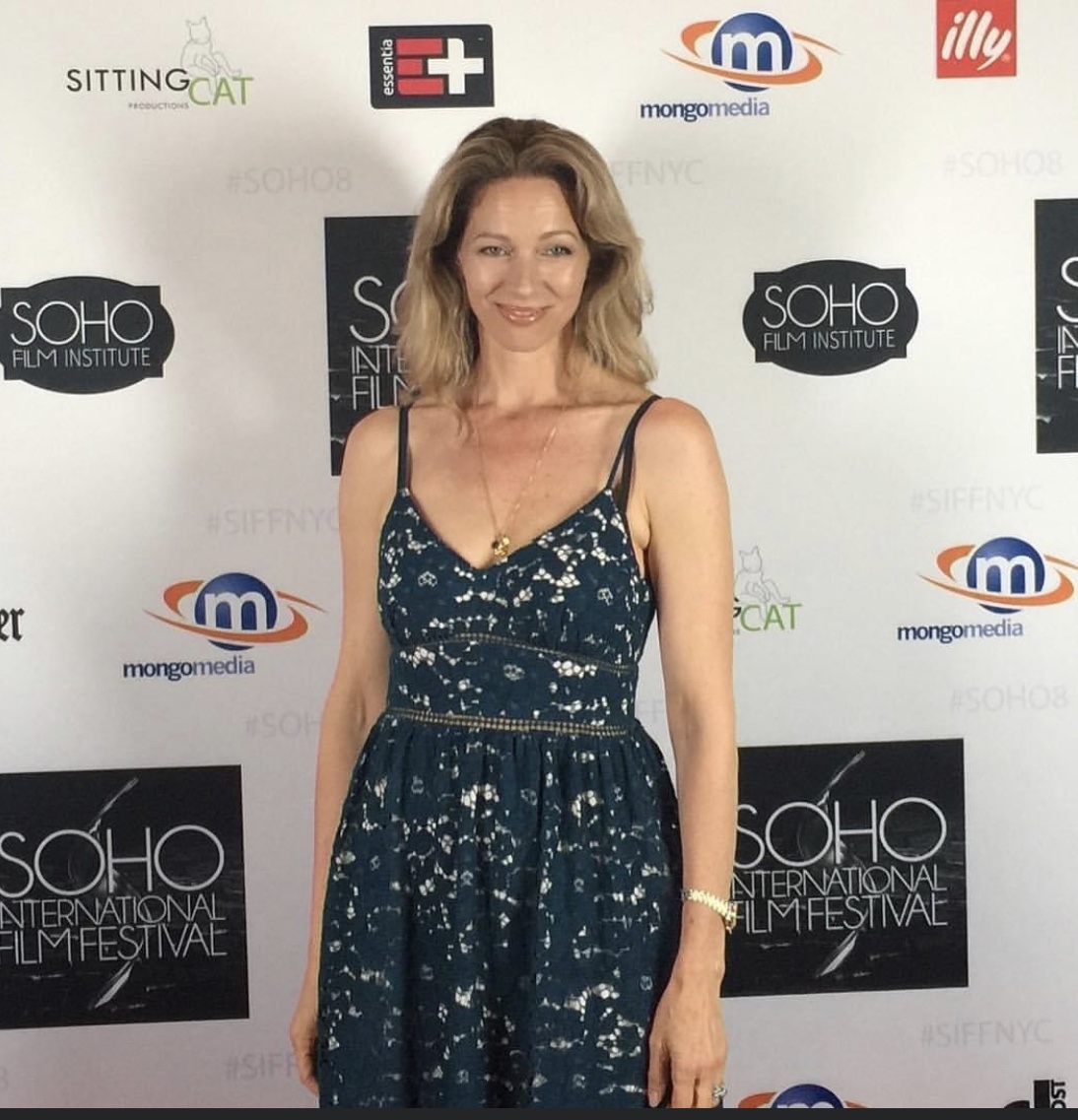 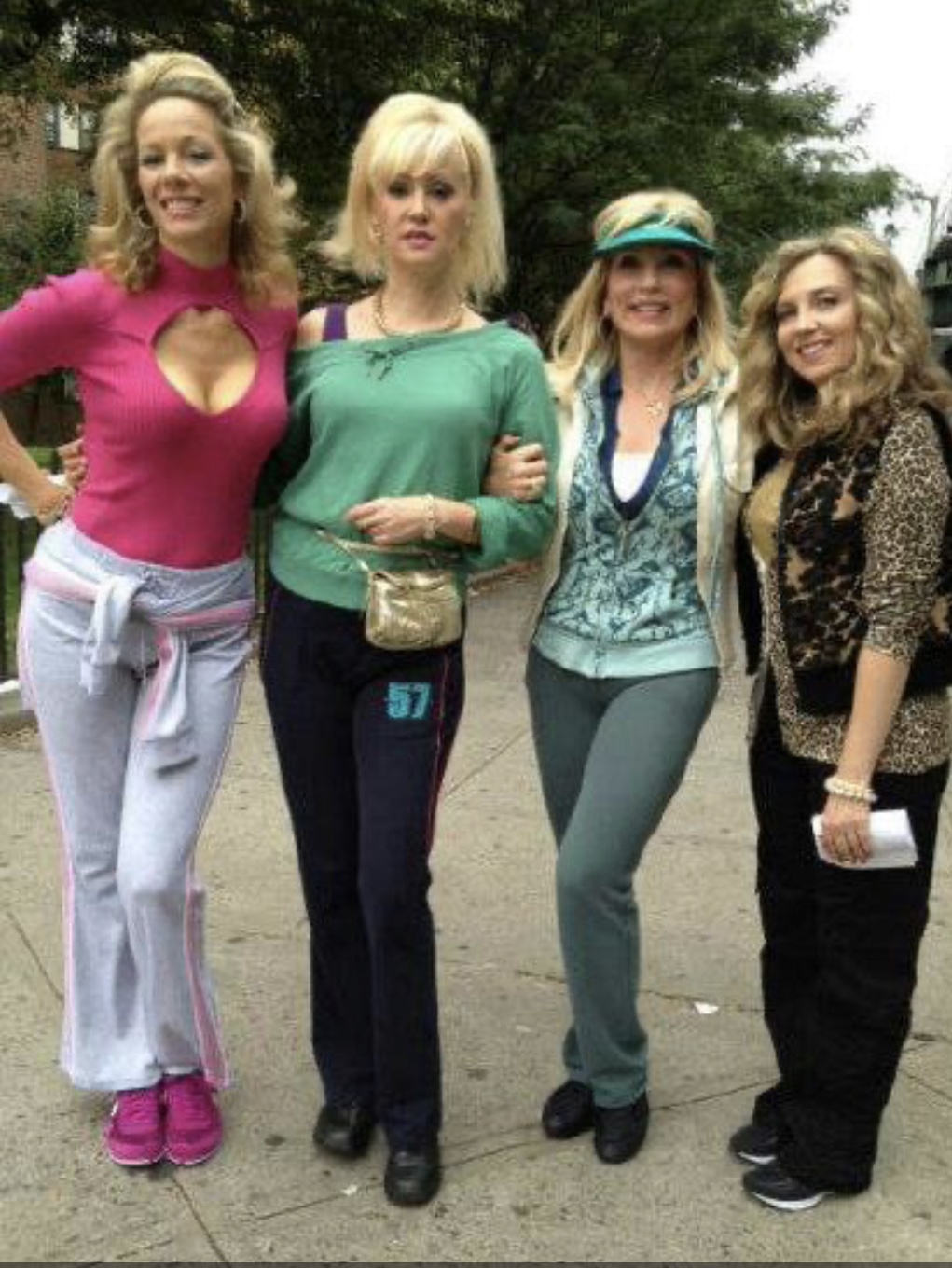 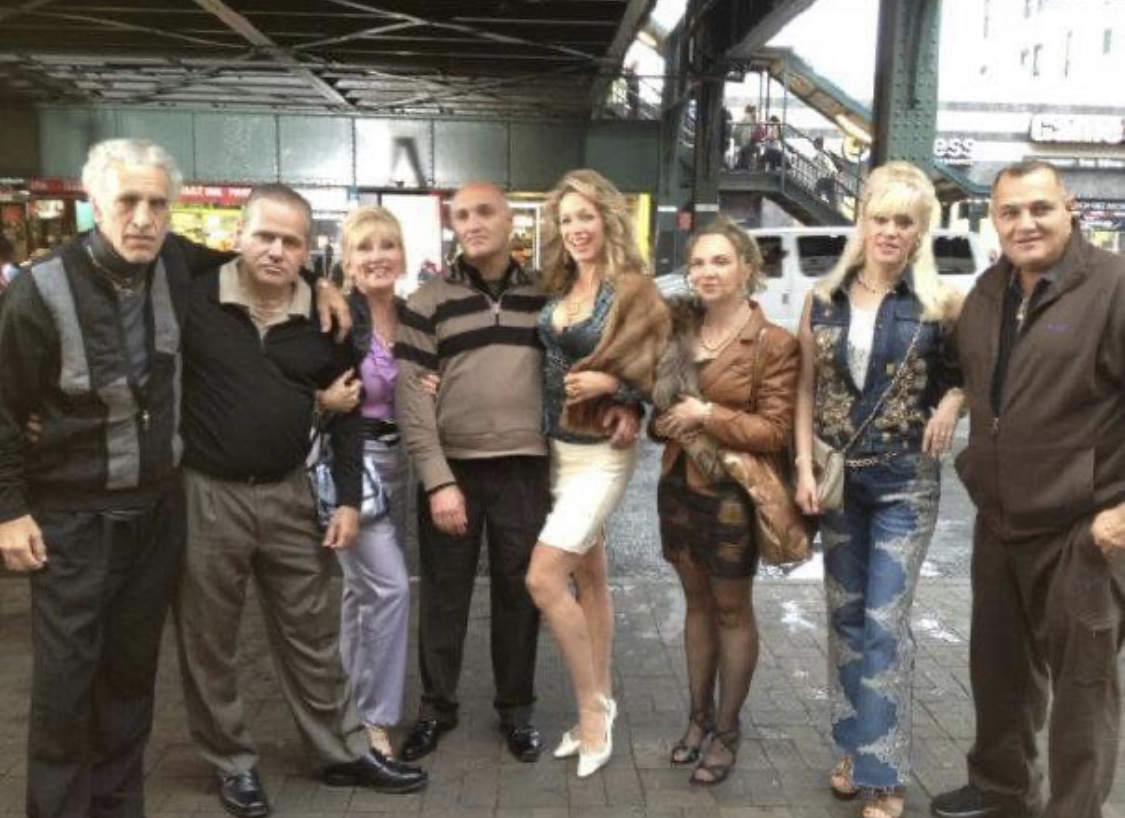 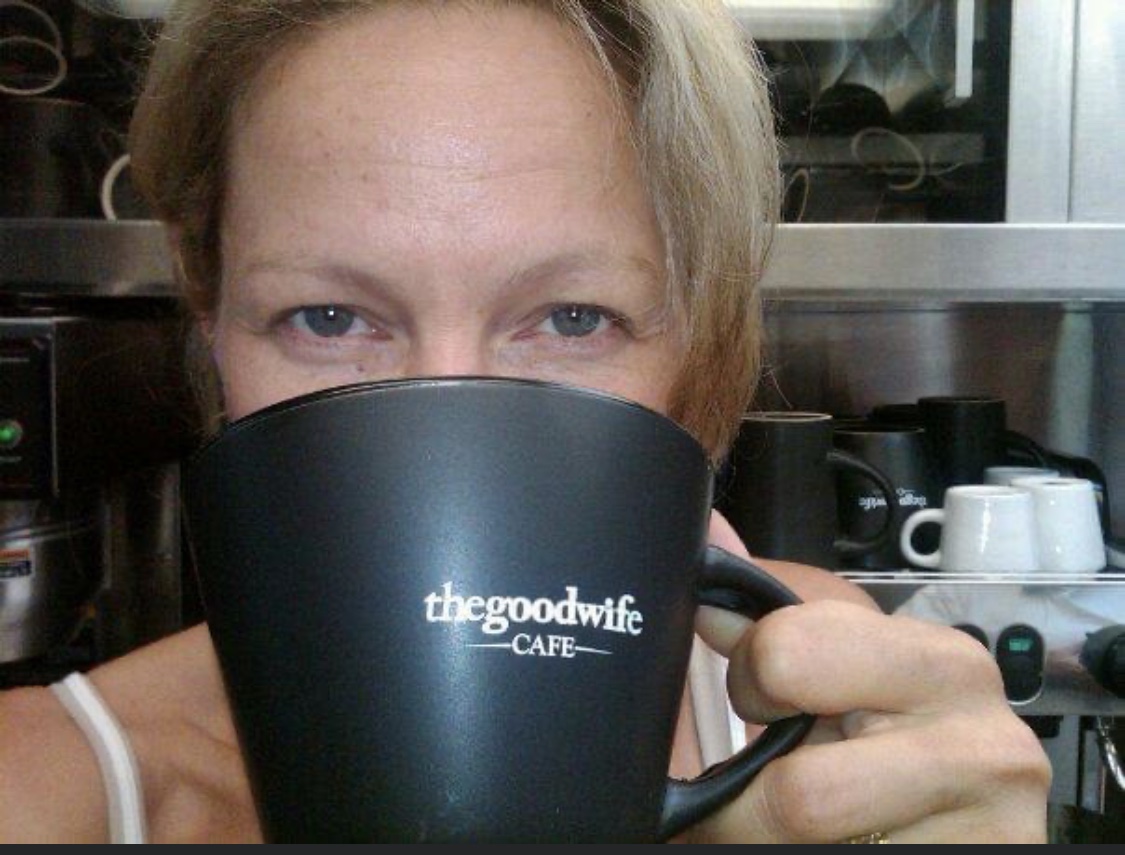 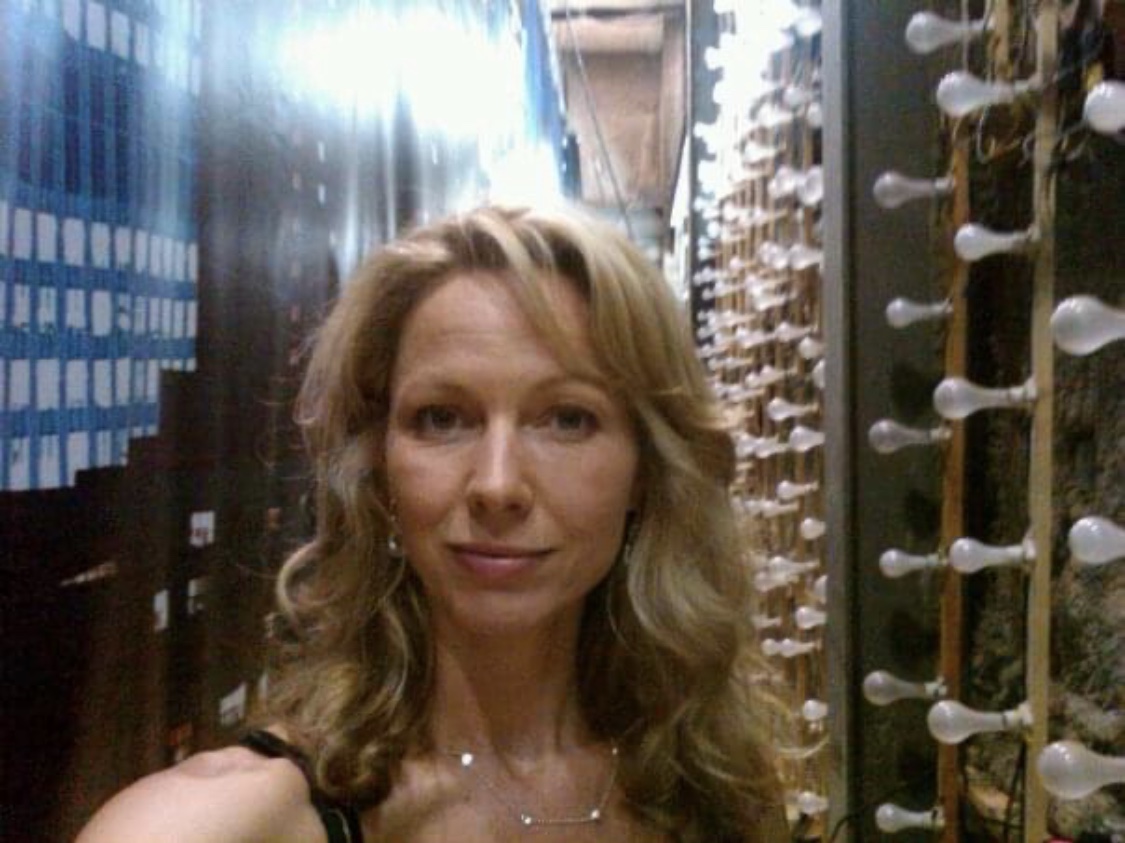 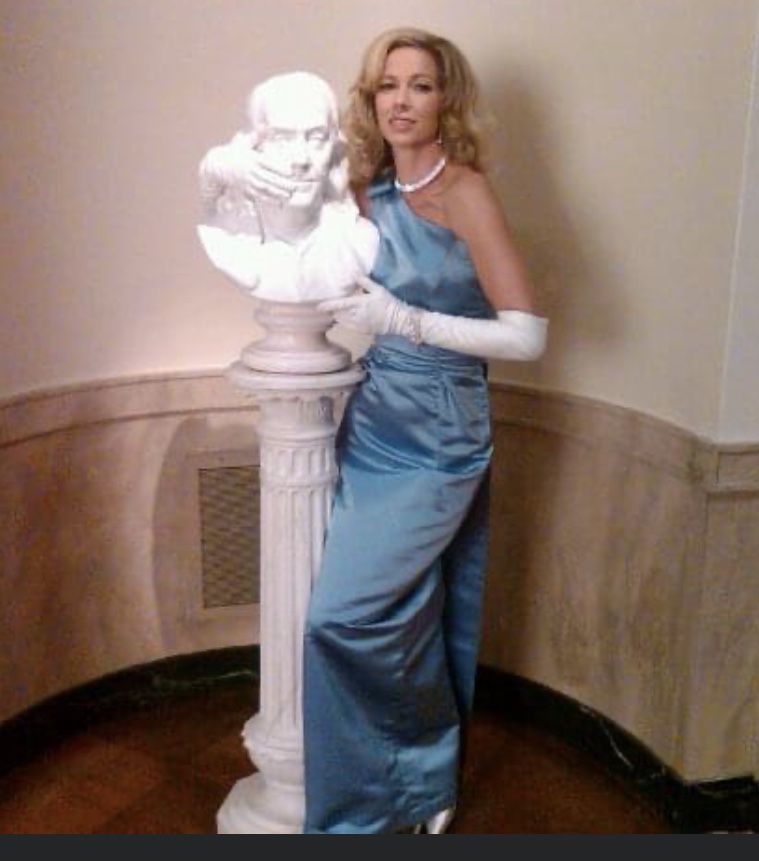 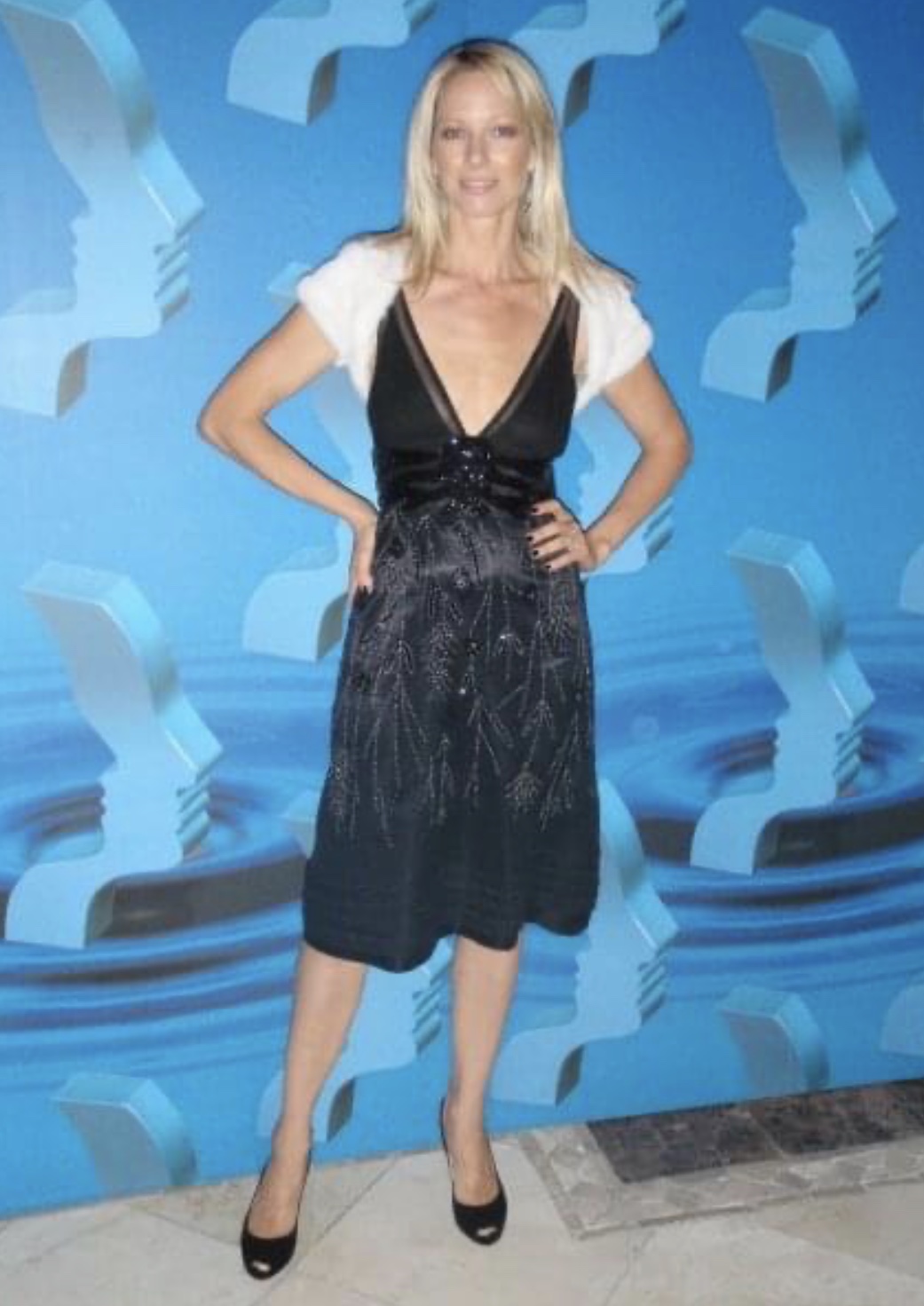 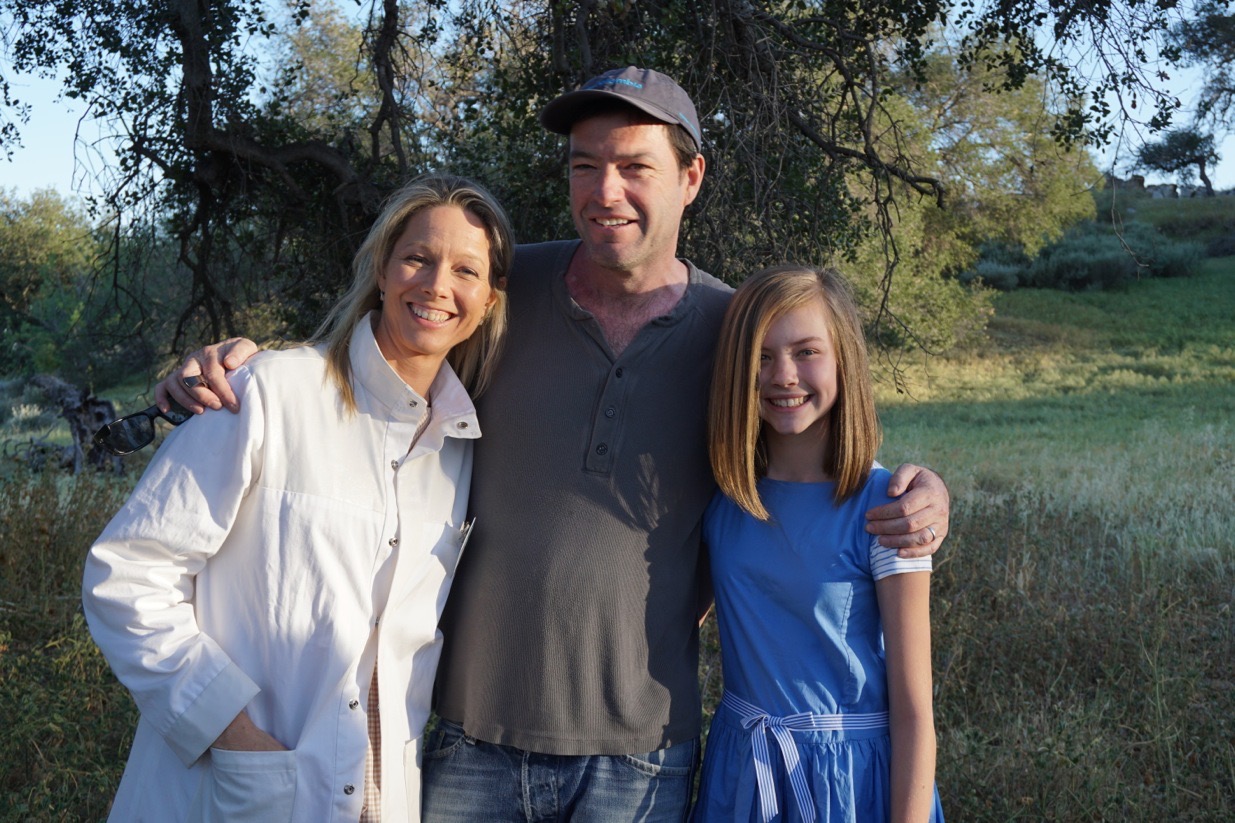 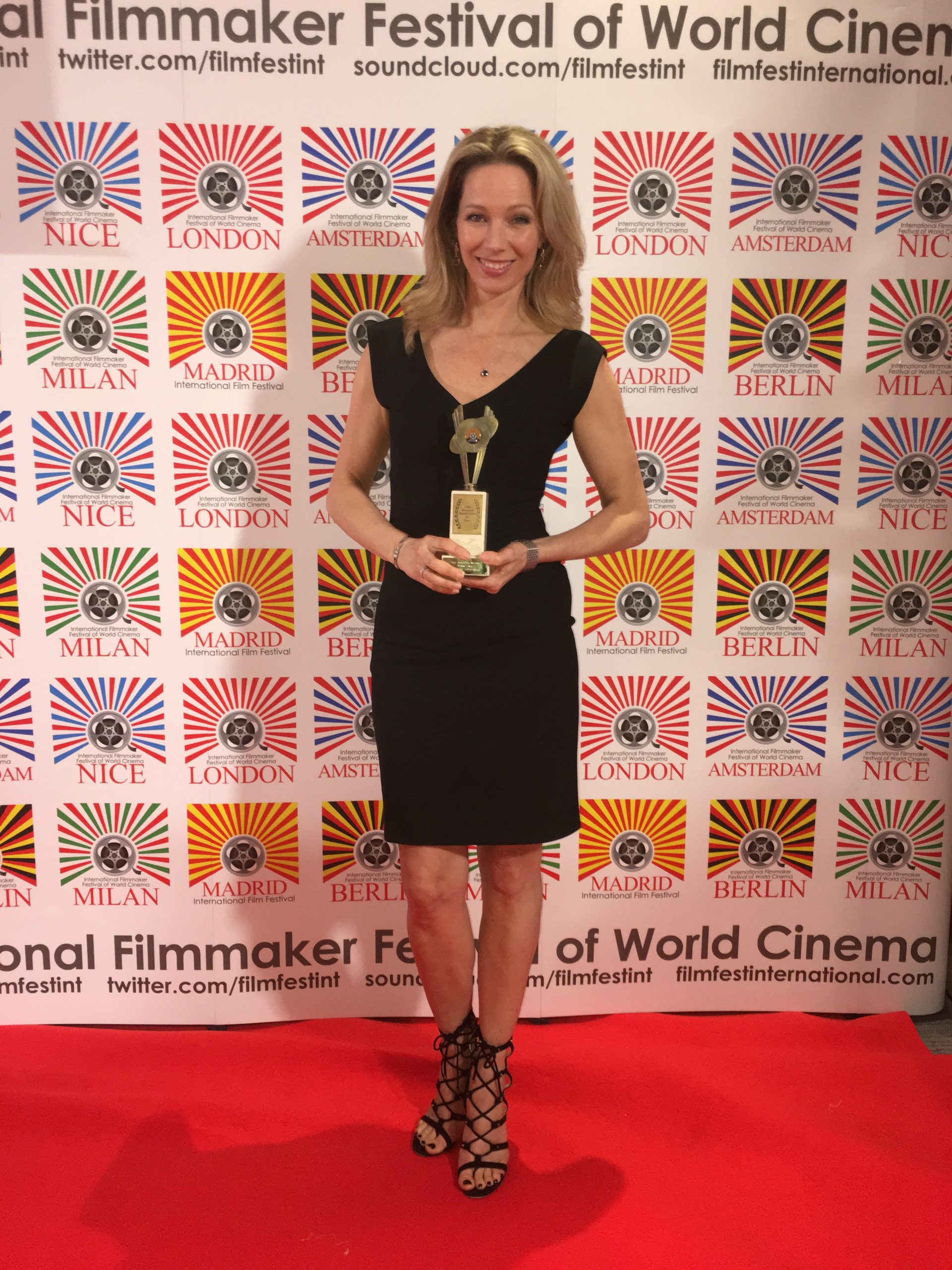 Robbie Graham-Kuntz
Actor (series regular: Utopia Falls)
After starting to selftape with Nahanni, my confidence on tape sky rocketed. Each tape I produced, I sent off with total confidence that we captured my best take in a professional-industry leading standard. I was extremely fortunate to be cast as a series regular on a large tv show via a tape that Nahanni and I made. If you are serious about working, work with Nahanni! 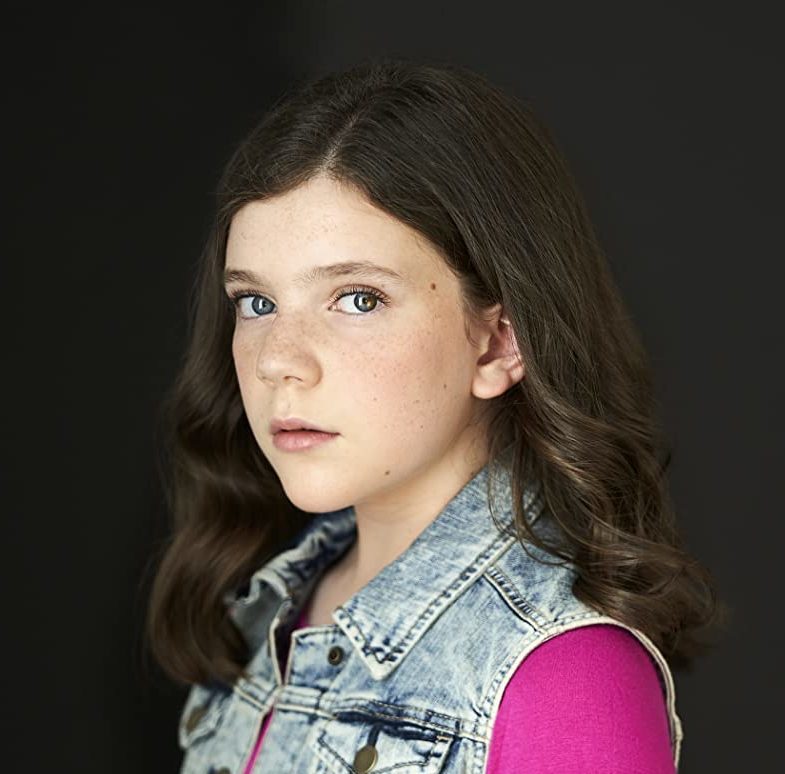 Andrea Levinson
mother of Hannah Levinson (star of Ghostwriter)
Nahanni came highly recommended as a coach and acting mentor for my 11 year old daughter. Nahanni is an extremely skilled and accomplished actor and teacher, who has a unique ability to connect with children and work with them in a way that is both rigorous as well as nurturing and kind. She seeks to understand the individual child and always preserve the rehearsal or taping space as one that is safe, child centered and supportive. She has challenged my daughter in new, creative ways while developing a solid technique for on-camera work.

Thomas Rickert
Actor (Murdoch Mysteries, Designated Survivor)
I had an audition last week for Murdoch Mysteries and I just want to let you know that I employed a number of the techniques that you taught me in your recent classes. I analyzed the script the way you taught and it really helped sink the lines and character into my head. While waiting in the lounge to be called in, I was aware of the tension racing through the other actors so I did some deep breathing and centered myself. When I went in the audition room, I took a moment to visualize the environment my character was in. I also to took a relaxing deep breath or two and began. In some ways I felt like i was following your text book….which brought incredible freedom and conviction to me and my character. Thank you Nahanni. I booked the job.

Peter Loung
Actor (series regular: Rising Suns)
Upon my first self tape session with Nahanni it became apparent to me that she not only is a master of the craft but of both the human condition and psychology. Nahanni effortlessly pulls out the best possible performance from her students with patience, care, and understanding.

Roney Lewis
Actor
GREAT NEWS!!! The agent LOVED my scenes and signed me on the spot! I am in total shock…she said that she loved the work I did on the scenes and how everything went somewhere and wasn’t the same throughout. I told her this means a lot because you and I worked on it a lot. I loved that she got the choices I made spot on. It was really amazing to hear that all the hard work paid off. Your skill as a coach really helped. You were able to dissect the script and breakdown so many different elements. She was like “ok you have to keep Nahanni as your coach” lol of course. I cannot thank you enough Nahanni. For your continuous support this is the first step in making my dreams come true. I can’t wait to shine! And thank you when I win my Oscar!

Kristen Kurnik
Actress
I was just starting out as an actress when I met Nahanni and owe it to her for giving me the confidence on camera to do what I always innately knew how to. Nahanni keeps it simple and real; allowing you to bring your own authenticity and truth to the material, taking into account the tone and pace. As a successful working actress her insight on the auditioning process and being on set is invaluable. Her charisma, dedication and sense of humour is so refreshing and she always puts me at ease when prepping for an audition. Her constant support, encouragement and advice is what keeps me going in this industry. I’m grateful to have her as a mentor.