In addition to a busy, award-winning acting career, John is also a TV and film producer and one of Canada’s most sought after acting coaches, both on and off set.  He is a lifetime member of the renowned Actors Studio in NYC/LA and is the Artistic Director and co-founder of Railtown Actors Studio in Vancouver.

Some of John’s film credits include, Disney’s Alive, David Fincher’s Seven and The Game, Sony’s A Dog’s Way Home, and the black comedy Break A Leg in which he also co-wrote and produced (Best Actor at the Marco Island Film Festival). Some of John’s television credits include lead roles in the comedy series Robson Arms (Leo Award: Best Actor)  and the critically acclaimed drama, Intelligence –  currently on Netflix, in which he received a Canadian Screen Award (Gemini) nomination for Lead Actor.

John was a co-founder of Third Street Theatre in Los Angeles and performed in several of productions including David Mamet’s Edmond, Sam Shepard’s Geography of a Horse Dreamer, Harold Pinter’s One for the Road.  In Canada, some of John’s theatre credits include, Rabbit Hole (Arts Club), God of Carnage (Royal Manitoba Theatre Centre) and Stephen Adley Guirgis’ The Motherf**ker with the Hat, (Jessie nomination: Best Lead Actor). John also works as an onset Acting Coach (Fifty Shades of Gray, various Hallmark movies) as well as an independent film and television movie producer.

Upcoming projects include the much anticipated Fox series NeXT, the award winning sci-fi thriller Volition on Apple TV, the gritty APTN TV series Tribal and the critically acclaimed horror film True Fiction on iTunes.  His film Daughter (Lead Actor, Producer)  premiered at the BC Spotlight Gala in the 2019 Vancouver International Film Festival.

In 2020 John received 4 LEO Award nominations for acting and producing. He currently serves on the UBCP/Actra board as both a Director and National Councillor. In 2018 John was awarded the Vancouver Film Critics Circle Award for Achievement.

Book a no-obligation consult session and take the first easy steps forward to getting the answers you need.
$ 30.00 USD
Find a time

AUDITION COACHING
John works on executing choices more fully, introducing new choices if needed, and working out multiple eye-lines when necessary. Exploring and including emotional states of being as necessary as well, for a fully realized scene.

CAREER CONSULTING
An opportunity to get some career advice or answers to questions you’ve always wanted to ask. John’s award-winning career spans 30 years in the industry of Film, TV and Stage, and he continues to work as an actor, producer and teacher.
$ 40.00 USD
Find a time

AUDITION COACHING
John works on executing choices more fully, introducing new choices if needed, and working out multiple eye-lines when necessary. Exploring and including emotional states of being as necessary as well, for a fully realized scene.

CAREER CONSULTING
An opportunity to get some career advice or answers to questions you’ve always wanted to ask. John’s award-winning career spans 30 years in the industry of Film, TV and Stage, and he continues to work as an actor, producer and teacher.

BOOKED ROLE PREPARATION
John works with the actors on text, arc of character, emotional and narrative logic, sensory opportunities, and an opportunity to explore all choices with specificity and clarity. The goal is to be as prepared as possible, while maintaining an openness to change and direction when you arrive on set.
$ 80.00 USD
Find a time 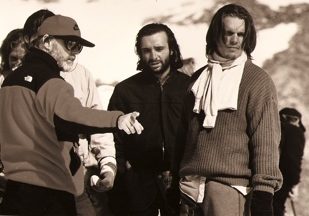 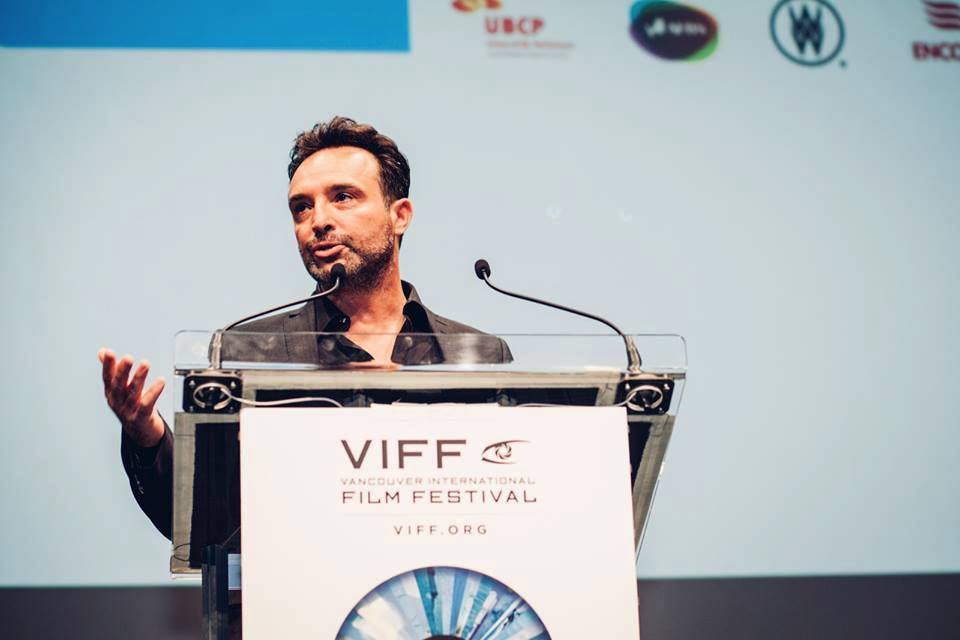 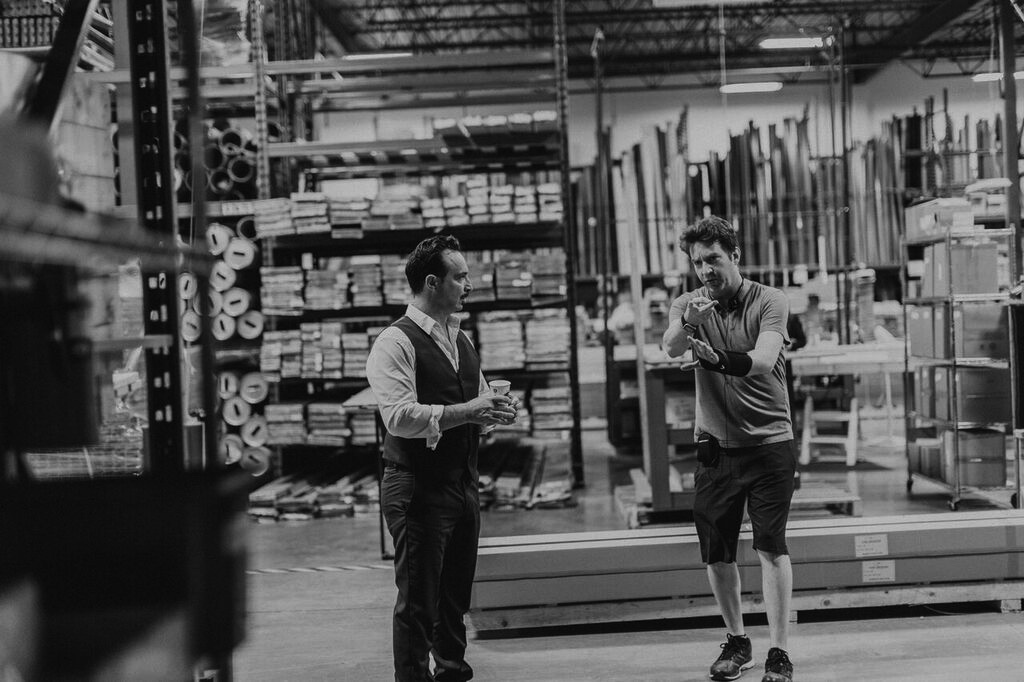 On the set of VOLITION
with director Tony Dean Smith 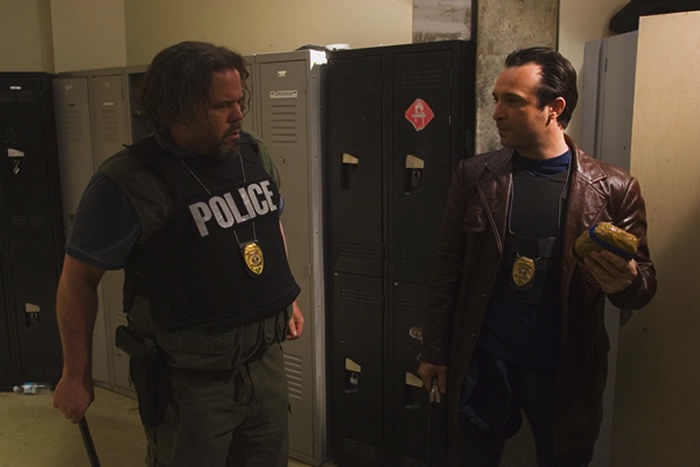 On the set of TRANSPARENCY
with Mark Boone Jr. 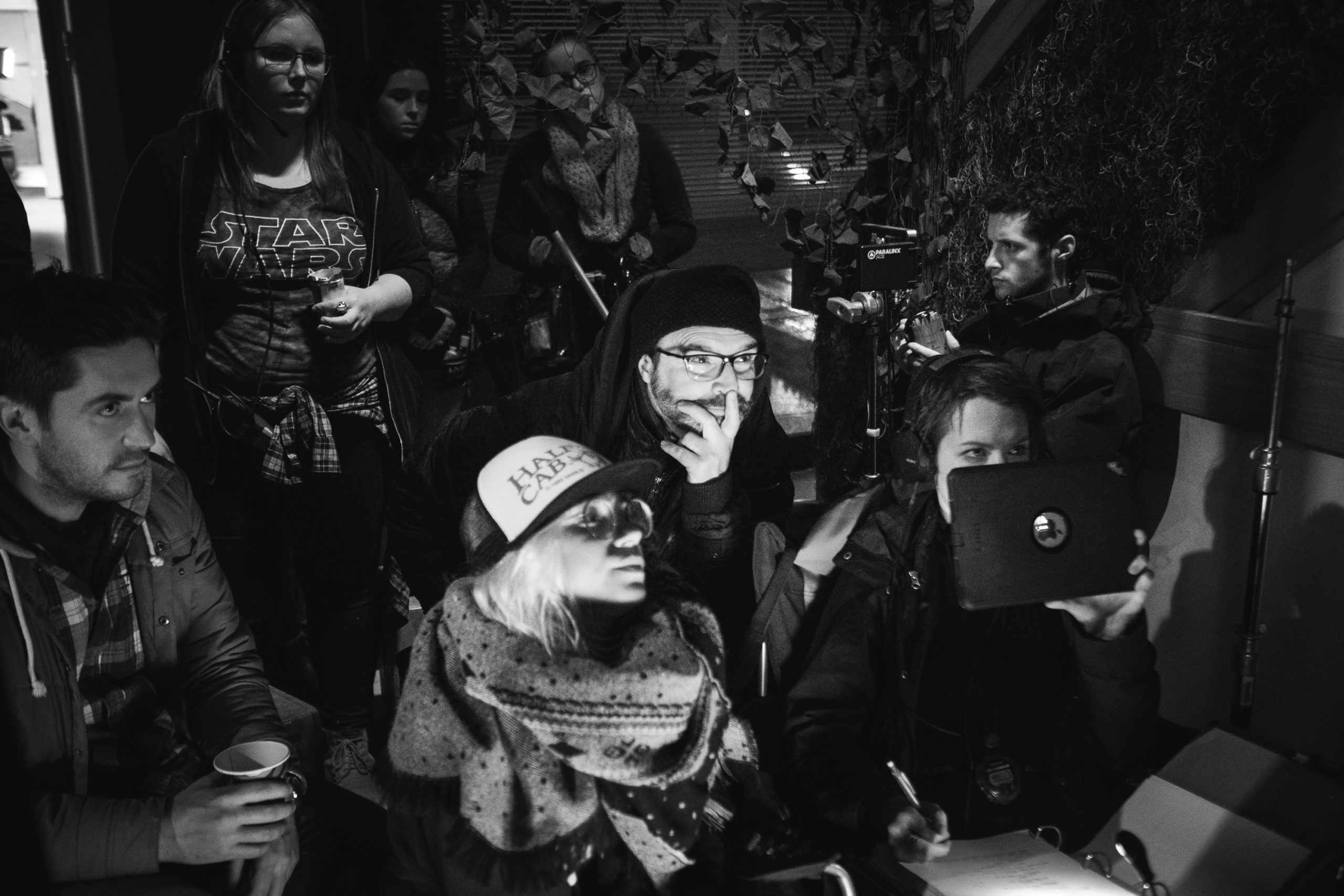 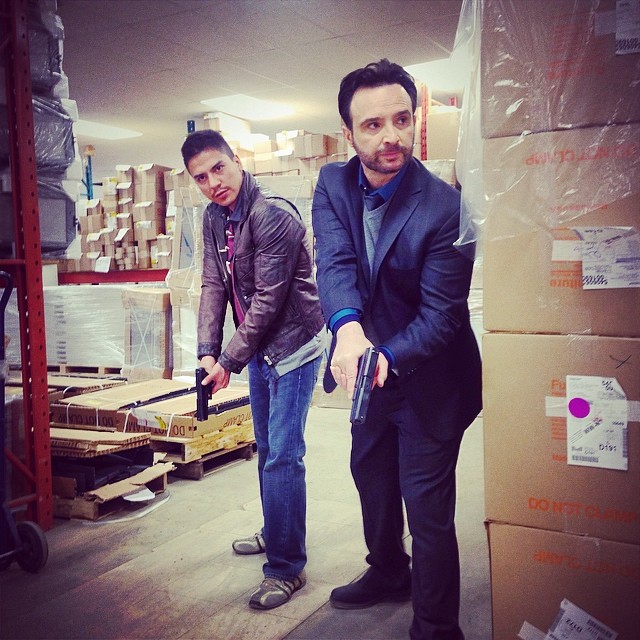 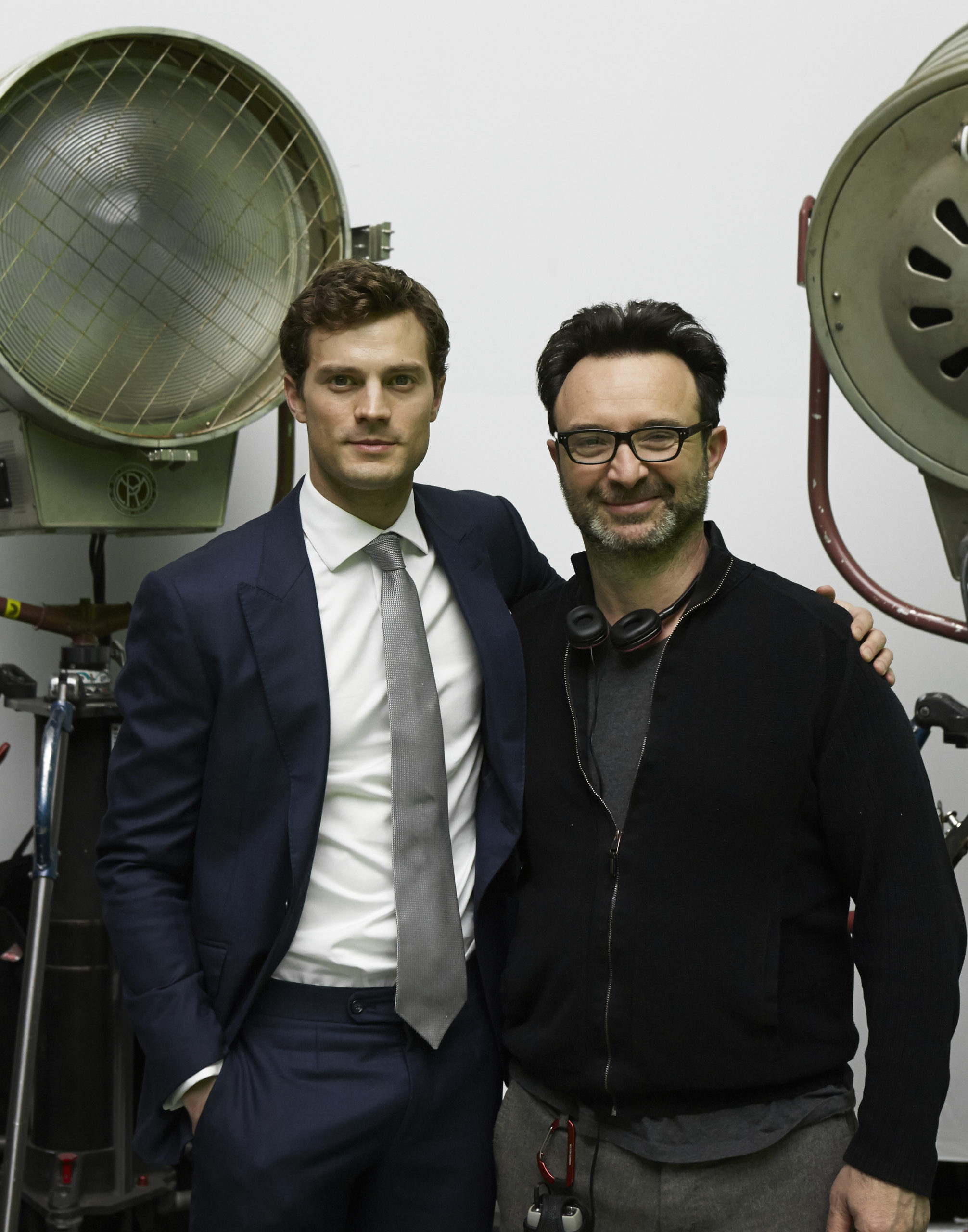 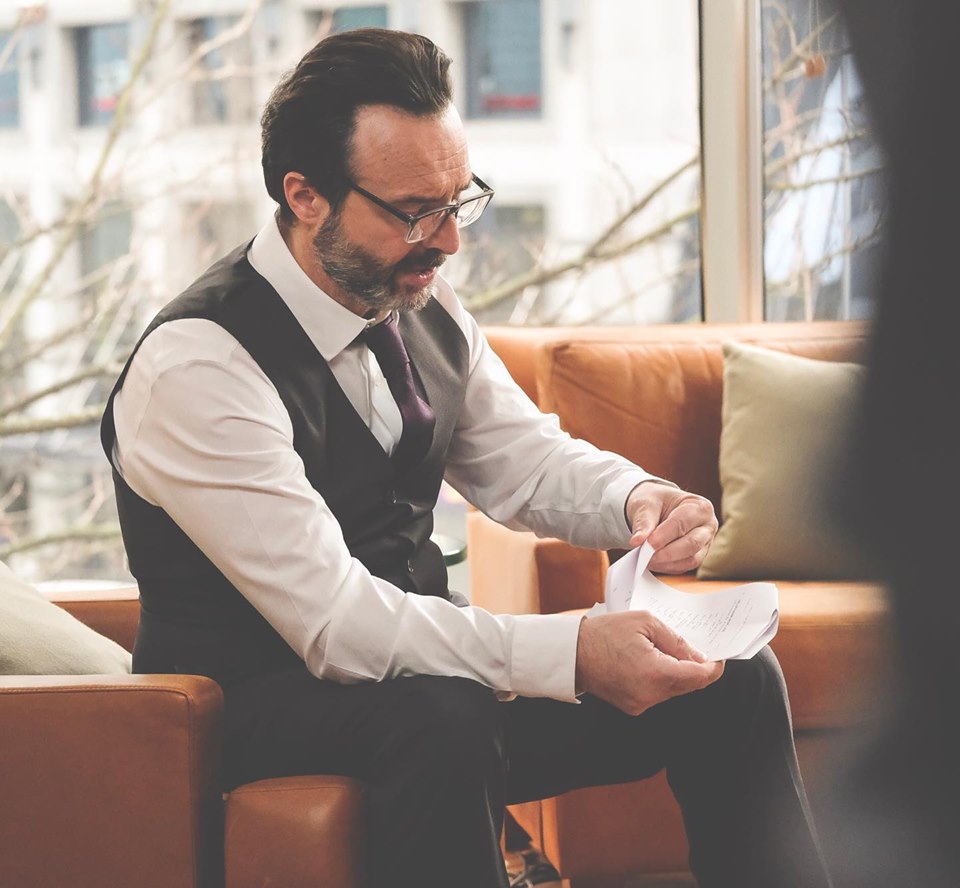 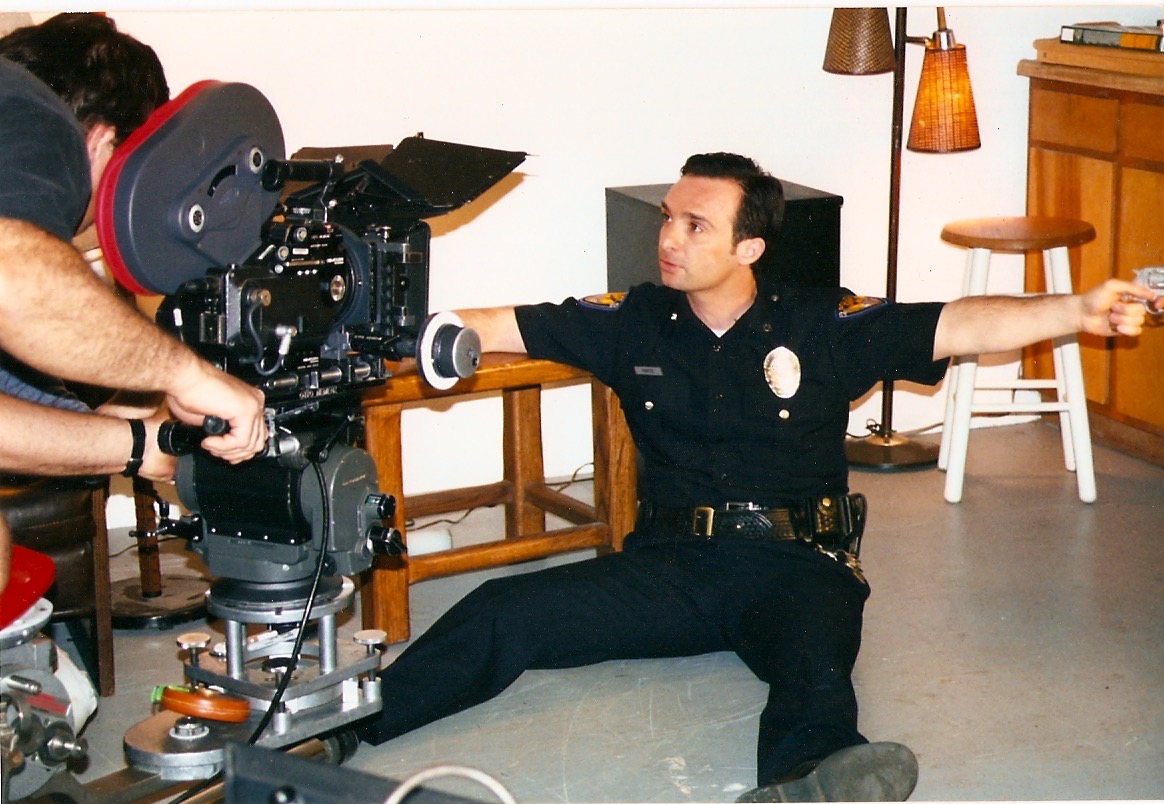 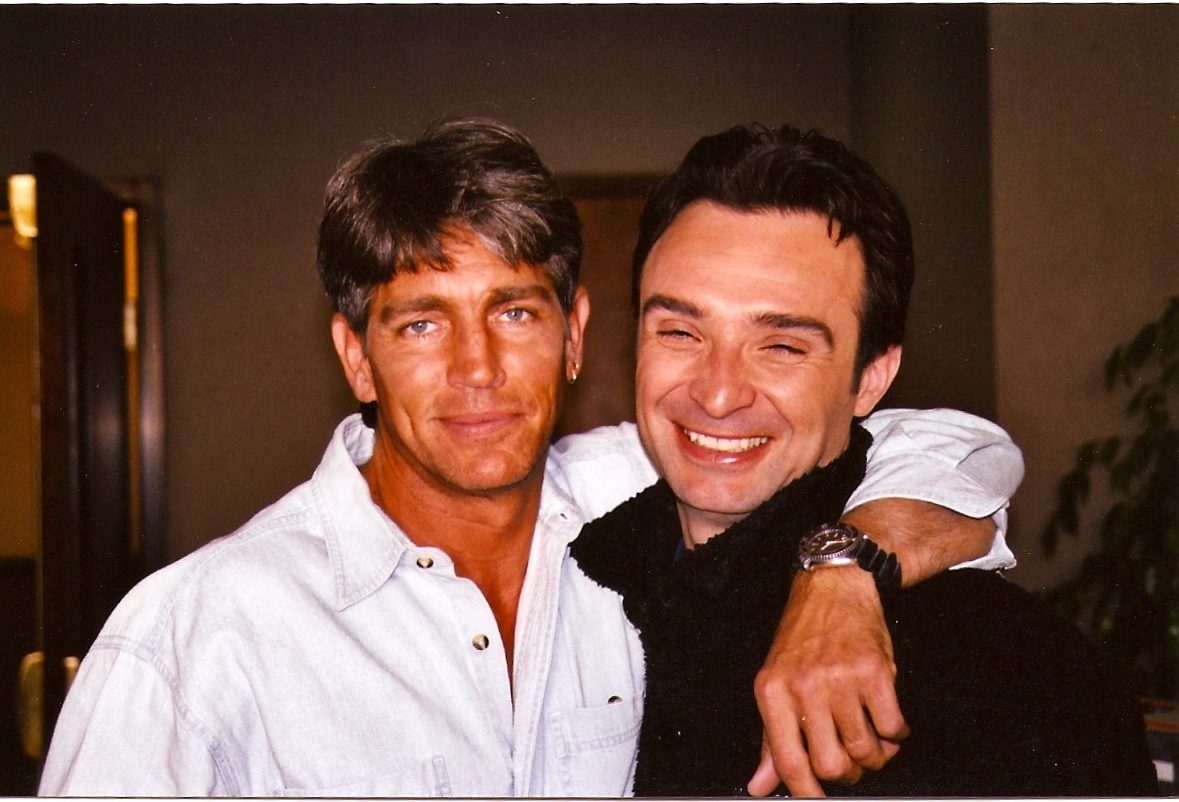 Break a Leg with Eric Roberts
Co-Writer and Producer 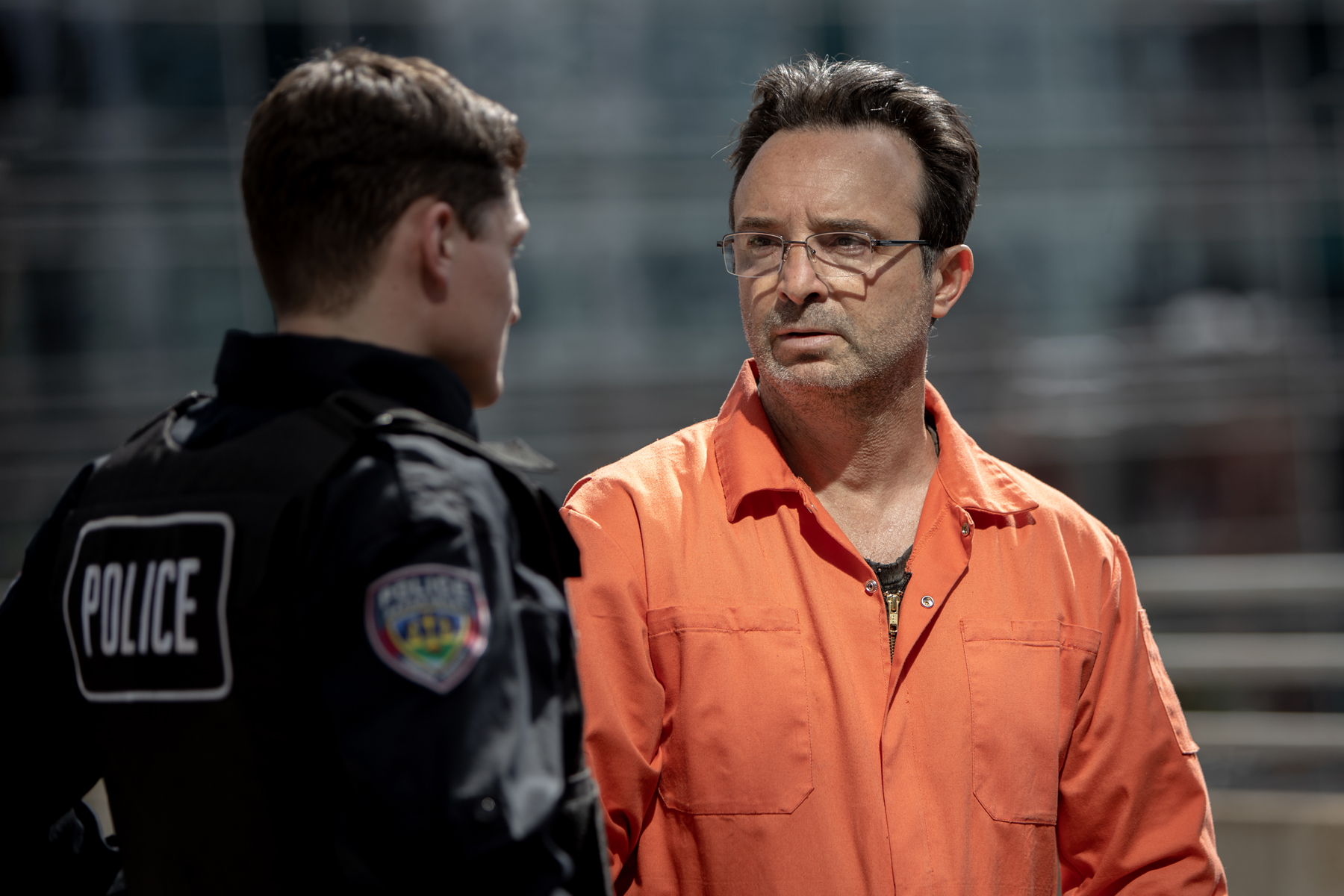 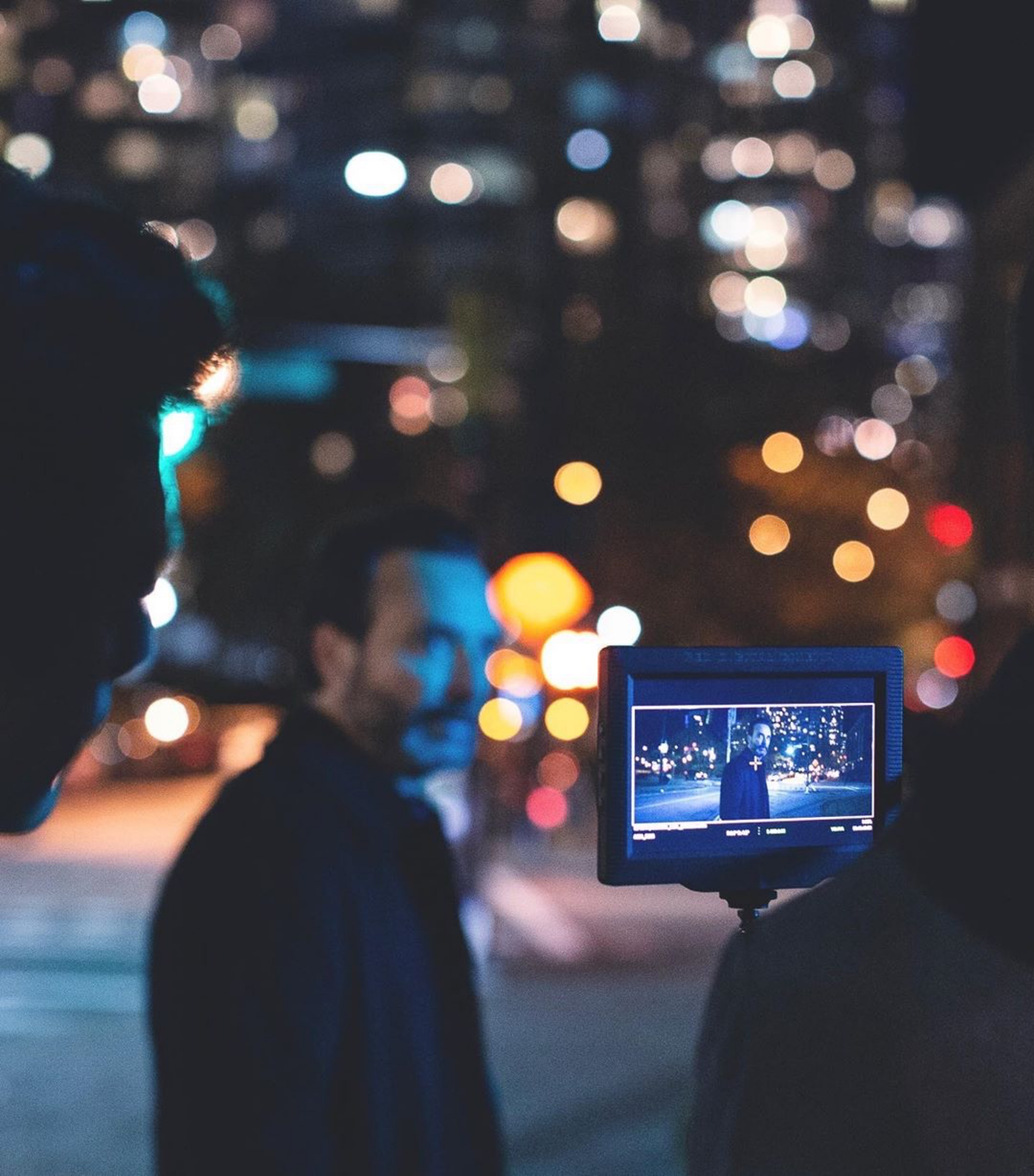 Erin Karpluk
Actress (Being Erica, Rookie Blue, Saving Hope, Godivas)
Over the past 18 years I have had the fortune to work with John as my acting teacher in scene study, coach for auditions, my producer on set, and cast mate. Regardless of what hat he wears, John always brings the same thing to the work: professionalism, insight, humanity, no BS, and FUN. I feel the craft is unique to each actor, and appreciate John doesn’t teach “his way or the highway”. Rather, he is incredibly perceptive and intuitive and will challenge and guide his students based on their individual needs. I’ve seen him coach leading actors to people who are just starting, his dedication to empowering all is the same. I have looked to John to help navigate all forms of obstacles, on set, in the work, and the ups and downs of this bizz. He always elevates my craft and confidence and keeps me feeling sharp & creative. It’s not common to have a teacher with an extensive background in film, theatre, and television, both in front and behind the scenes. I feel this is invaluable in a coach, he is out there on the field battling with us and gets it. While John is supportive and empathetic, the best part of working with him is knowing he will always call me on my sh*t and push me to go outside my comfort zone. This is when I grow as an actor. Best advice he every gave me was to ‘surprise myself’ in the work. Once I understood this, my craft and career completely expanded. Forever grateful to him as a coach, peer, and all round great guy!

Elias Koteas
Actor (Thin Red Line, Zodiac, Curious Case of Benjamin Button, Chicago P.D.)
To me acting at its purest is about giving. John Cassini personifies that for me. I remember a few years back we were working together on this mini series. It was a tough scene and I was having a particularly rough time getting to where I needed to be in it. A few choice words from him and suddenly anything was possible. He saved my ass that day. I will never forget it. I hope one day I can give back a fraction of what he has given me.

Jewel
Grammy Award-winning singer-songwriter, actress, philanthropist
Excuse my language, but John Cassini fucking rocks. He has what a lot of the industry doesn’t - heart, soul, feel, humanity, and he actually cares ... really deeply. This job can be a hard one. It can grind up what starts as a passionate, wide-eyed optimism and turn it into dust in a hurry. It can become a job, if you're lucky... but to have it still light you up and feel like a dream because you love the craft... that’s special. My favorite part about John isn’t his acting ability (though considerable) or his ability to communicate with passion and expertise and advocate for other actors (he’s amazing); my favorite part about John is his humanity. And from that, so many good things come. Xx j.

Jennifer Beals
Actress (L-Word, Flashdance, Book of Eli, Taken)
Sometimes in the early process of creating a character I feel like I'm circling the castle looking for a way in. There are the initial impulses which are like treasures but in breaking down the entire arc and having an initial sense of flow there are times I just need to talk to someone I trust. For me that person has always been John Cassini. When I get stuck, or am afraid, or am afraid of getting stuck I call John and we talk about the material. His insights never cease to amaze me. He has such a lucid, grounded, powerful gift for analyzing text. He never tries to direct you; instead John asks all the right questions, and unveils clear paths so that you can see and DO more clearly. He is an invaluable friend and colleague.

Jamie Dornan
Actor (Dinner with Hervé, The Fall, Fifty Shades of Grey, The Fall)
I had a brilliant experience working with John Cassini. He has a distinctly passionate take on the craft of acting and is thorough and precise with his influence. He’s a great actor himself, but above everything he’s just an amazing guy to be around.

Terry Chen
Actor (House of Cards, Jessica Jones, The Expanse)
From script analysis to character development, John has always been the go-to guy for me. Working with him before starting my latest project gave me invaluable insights that I could bring to set. From understanding what the writers' intention is, he will lead you through a process that will be adaptive, and ground you as an actor in any work environment. Do the work with John and you will grow as an artist.