Every artist actor possesses a unique creative work process and we all need to nurture that process for continued growth. I can support you in your work and development. My passion is acting and that is the driving force behind my work as an acting coach and teacher.

Your work as an actor is a very personal form of self-expression. The art of acting is both a conscious and intuitive process, you know how to use yourself, on what to focus your concentration and how to be in contact with the imaginary. You also create the imaginary world and make it a visible and visceral experience for yourself and for the audience. It is the art of making the invisible, visible. Finally, passion is essential to your artistic success: it allows you to accomplish the work required to create a full character, with a complete imaginary world, which requires a deep and complete personal commitment.

My realistic acting technique is based on master teacher John Strasberg’s Organic Creative Process, an acting method that has evolved from the work of the actors at the famous New York Actor’s Studio.  I have been training with mister Strasberg continuously as an actor and an acting teacher for nearly twenty years now, and I have thirty years of experience as a film, television, and theater actor. As a teacher, I was initially trained at Actraworks in 1997, in the Actra Performers Guild National Actor training program which led to my position as Program Director and head trainer of the Actra Actor’s Workshop for several years. I have taught at ACTRA, the National Screen Institute, the Algonquin College Theatre Program, Dynamic Theatre Factory, Theatre North America, the John Strasberg Studios, Ubisoft and finally, for many years now, at my own studio in Montreal, Canada.

In 2006, I co-founded Intentional Dreams Productions, a Montreal based non-profit organisation that operates Plateau Theatre, providing a place where actors can practice and hone their skills while creating theater and web-series productions.

As a volunteer I have donated my time as an Actra Branch President and National Councillor and as a Public Relations Representative with Theatre North America.

Acting is a craft, a profession, even a calling for some and I am thrilled to be teaching it. I invite you to join me and allow me to share my passion with you and support you in your development as a professional actor.

Let's talk about your acting training goals and establish a customized realistic work plan that will help you achieve those goals.
$ 50.00 USD
Find a time

Take your scene or monologue work to the next level, land that next commercial, book some 1-on-1 time before a big audition or just improve your acting skills in general.
$ 75.00 USD
Find a time

Book some time with a scene partner to improve your acting skills in general. This is a semi-private class for 2 actors who want to work together. Take your scene work and your character development to a new level of believability and realism.

NOTE This session must be booked by one actor, who can then share the invite/link with a friend to join the class. Max 2 participants.
$ 150.00 USD
Find a time 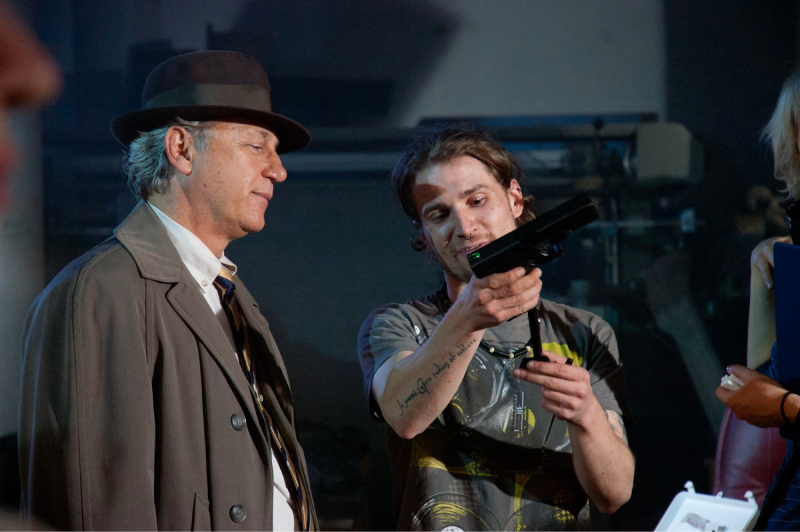 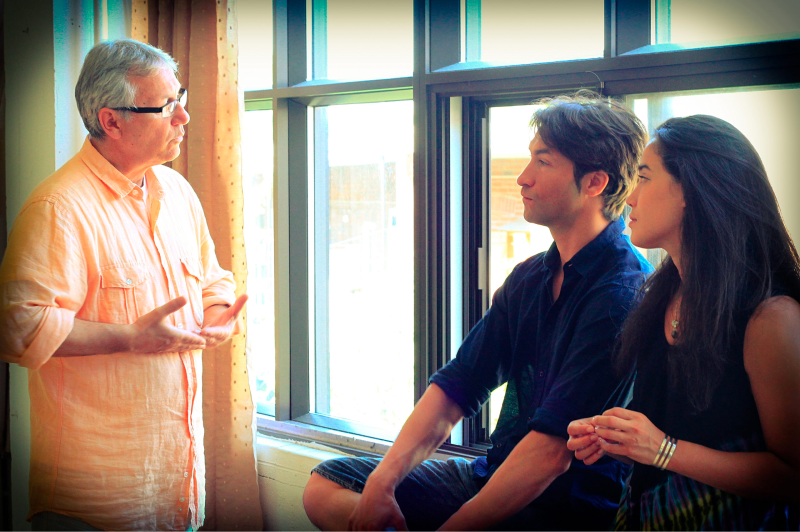 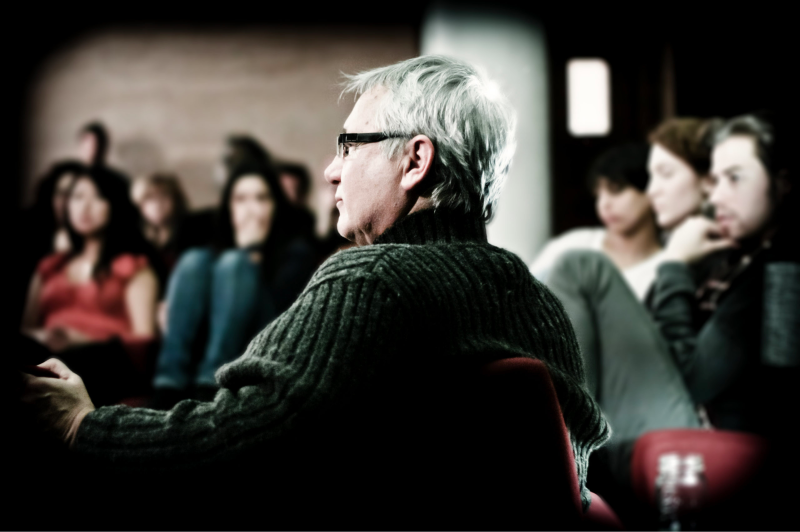 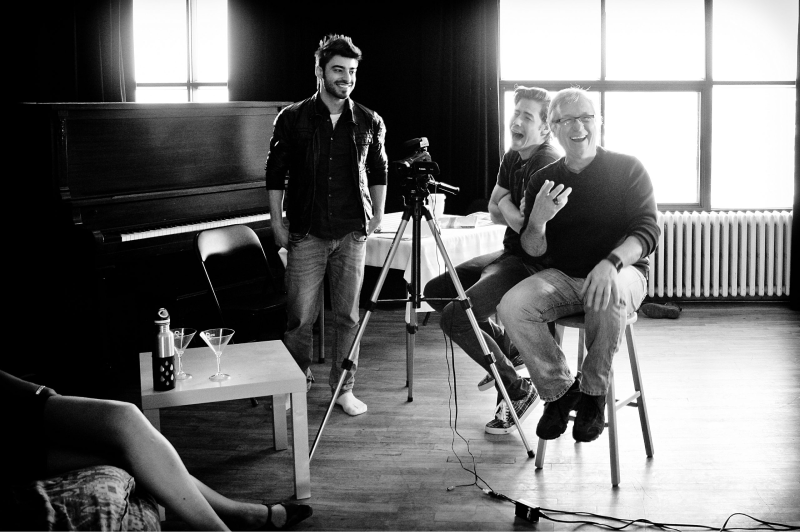 Mylene Dinh-Robic
Actress
IMDB
Trust. It is the single most liberating pact between a student and teacher. It allows for growth and enables you to experiment and push yourself beyond your limits without fear of failure. Gilles is a mentor to me, a man and artist I studied with for almost a decade and I can attest with endless gratitude that he has not only trusted my potential as an actor and challenged me beyond anything I could have imagined but most importantly, he has shown me that if you trust yourself in your most vulnerable moments, if you push past the fear and listen to your own voice as an artist, you can create anything. Trust him, and he will show you over and over again what beautiful committed work you are capable of.

Alex Weiner
Actor
IMDB
I studied with Gilles regularly for over 8 years. He has been my teacher and mentor. In 2011 I had an audition for a supporting role in “The Good Lie” (Directed by Shawn Linden). I hired Gilles for a private coaching, and we made significant adjustments together. I went in feeling strong and confident and consequently booked the role. A few years later, I had an audition for the recently released “Gut Instinct”. The audition was for the lead role. I hired Gilles again and then did my audition. I did not get the part, but I received a personal letter from the director thanking me for my work and praising my audition, explaining that they chose another direction casting-wise. This is a win in my book! Gilles has the uncanny ability to relate to his students, and he can notice things with ease that we may not notice about ourselves. I’ve seen him work with dozens of students, and he approaches each student in a different way per their needs. Gilles cares about his students. He goes about his work with love and gentleness, always seeking to help and elevate.

Kristian Hodko
Actor
IMDB
There are many acting teachers to choose from nowadays. What distinguishes Mr. Plouffe from any other teacher I’ve worked with is his incomparable gift to touch the inner core of each human being he works with. Gilles goes into our world, our character’s world, and speaks to us from within. He possesses an incredible gift that goes beyond teaching a technique. He will read your thoughts, sense your fears, and present you with the courage to overcome your barriers. He will ask you questions you never thought of asking yourself. He will show you that the core of our creations is being true to oneself; the inner, private, hidden talent that many teachers overlook is what Gilles specializes in. He will help you see the true artist that you are, and give you the courage to "be the artist you dream of being" and let others see it. Those were some of the most inspiring words that Mr. Plouffe shared with me…and it changed my life.

Christine Solomon
Actress and former student
IMDB
Gilles Plouffe is one of our most highly recommended coaches in Montreal. He has the ability to bring out the very best in each actor and strongly encourage us to truly trust our own instincts. His Realistic Acting technique has helped me to really examine my material and to truly deliver an honest performance. As a result, I have been able to discover new choices that set me apart from all other actors at auditions.

Max Laferriere
Actor
IMDB
I started training with Gilles early in my career. Having him as a teacher opened my eyes to the reality and intensity of the work an actor goes through when working on a part. Always searching, being comfortable in the uncomfortable, finding “what your body wants to do”, as Gilles constantly repeats to us, engaging with your sense of truth, those are some of the key aspects I learned from his training. Even today, 12 years into my career, I still go back to him and his particular approach to training actors because it keeps me humble and, when in doubt, it always brings me back to why, as an actor, I do what I do. And why I love it.

John Strasberg
Gilles and I met almost 20 years ago, when we worked together in my Professional Acting Workshop. He studied with me intensively for 5 years. Later I cast him in the combined role of Egeus/Philostratus in a major production of “Un Etrange Songe d’un nuit d’été,” a French adaption of Shakespeare’s A Midsummer Night’s Dream. We have never stopped collaborating and I feel as though I have been the godfather of Gilles’ evolution as an actor, director and teacher. As for his teaching, the proof is in the pudding as they say. Every time I go to Montreal to work with his student actors, I can clearly see how much their work continually improves. Gilles and I share a spirit and philosophy of the actor’s creative process and I think Gilles is well worth the effort for any actors that know they need help in developing their creative process and acting skills.