As a coach of many years and many actors on many shows in many countries and as an artistic director of my own school, I am still thrilled by the achievement by an actor of a single moment of authentic text , impulse, and character. May I never lose that – it is a service position I hope to never outgrow. I work every day to educate myself in the anthropological miracle that is the human condition, that includes yours. I look forward to meeting you.

Andrew McIlroy is a graduate of the National Theatre School of Canada, and one of Canada’s and Vancouver’s most highly respected acting instructors. He was the co-artistic director of the full-time program at Vancouver’s Gastown Actors Studio, and is one of the most popular adjudicators requested by Theatre BC for festivals and workshops. He has taught as a faculty member at Emory University in Atlanta, Georgia, Simon Fraser University, and is currently a faculty member with the Canadian College of Performing Arts, an instructor with Vancouver Film School, and The Union of BC Performers.

As an actor, some of Andrews’ credits include recurring & guest roles on projects such as “Health Nutz”, “Fringe”, “Psych”, “Battlestar Galactica”, “The Chris Isaak Show”, “Blade: The Series”, “Terminal City”, “Supernatural”, “The L Word”, “Out Of Order”, “Smallville” and the 2013 TIFF selection “Word and Pictures” with Clive Owen & Juliette Binoche.

Andrew has also ventured behind the lens, directing an episode of the web comedy series “Single & Dating in Vancouver” for which he received a nomination for Best Directing at the 2015 Indie Series Awards in Los Angeles.

As a theatre director, Andrew was nominated for a Jesse Richardson award for his work on Michele Riml’s, “Poster Boys”. He also created the original production of the international hit, “Sexy Laundry”. Other directing credits include “A Christmas Carol” and “Sexy Laundry” for the Western Canada Theatre (2nd run). “On The Edge” for The Belfry Theatre and “Henry & Alice: Into the Wild” for the Arts Club.

Actors often use me as a consultant once they have the role and particularly if there are multiple scenes (movies) or episodes (shows). We build character and make sure the narrative is fully understood and prepared.

Book a no-obligation consult session and take the first easy steps forward to getting the answers you need.
$ 25.00 USD
Coming soon

Designed to help actors with multi-scene auditions. We will find the arc and determine what the specific scene and character challenges are, and knit the scenes to create potent audition impact.

Early morning sessions are welcome! Actors are asked to have a working knowledge of the text if not entirely off-book.
$ 130.00 USD
Coming soon

Session A (1 hour) CREATING THE PACKAGE:
Often actors are asked to have contrasting contemporary monologues from the classical and contemporary theatrical canons. We will collaborate to select the right monologues and create a compelling audition package.

Session B (1.5 hours) REHEARSE AND REFINE:
We will work the monologue selections - replace if we need - and dig deep to expose your best thinking and executions.

Session C (1.5 hours) RUN & NOTES:
We will bring your package up to speed and coax your confidence to its fullest.
$ 300.00 USD
Coming soon

I am excited to host small group requests to work on a project or script or to custom design a course of study that you and your group wish to deeply engage in.

We will have an initial meeting to determine your goals and I will set goals and assign tasks that can include research modules/text analysis/character development and scene study. Our first 1/2 hour consult will be free of charge. We will divine your needs and then the great work begins. We will spend our subsequent sessions diving into your project - be it a play, a screenplay, or a series of thematically connected scenes. 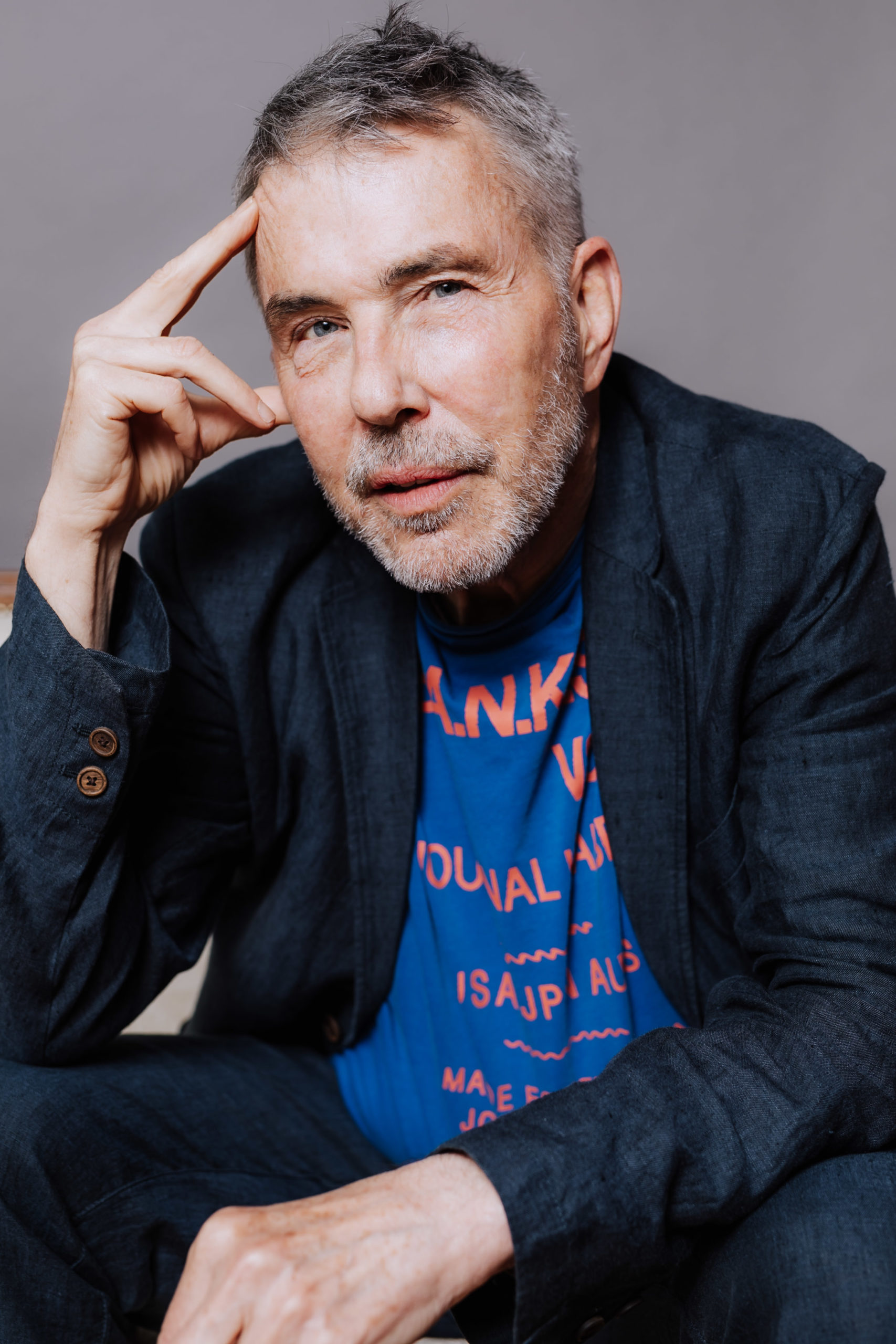 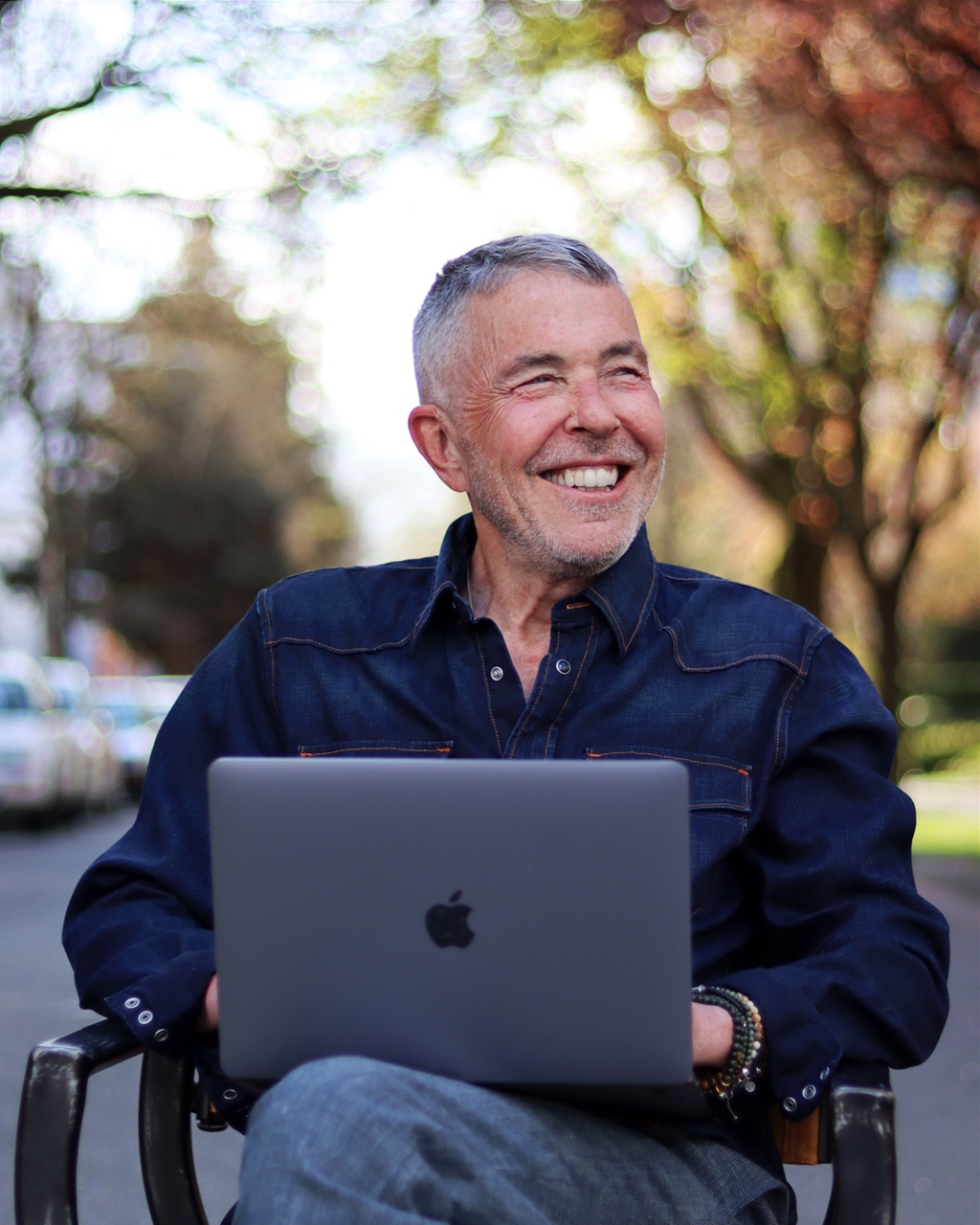 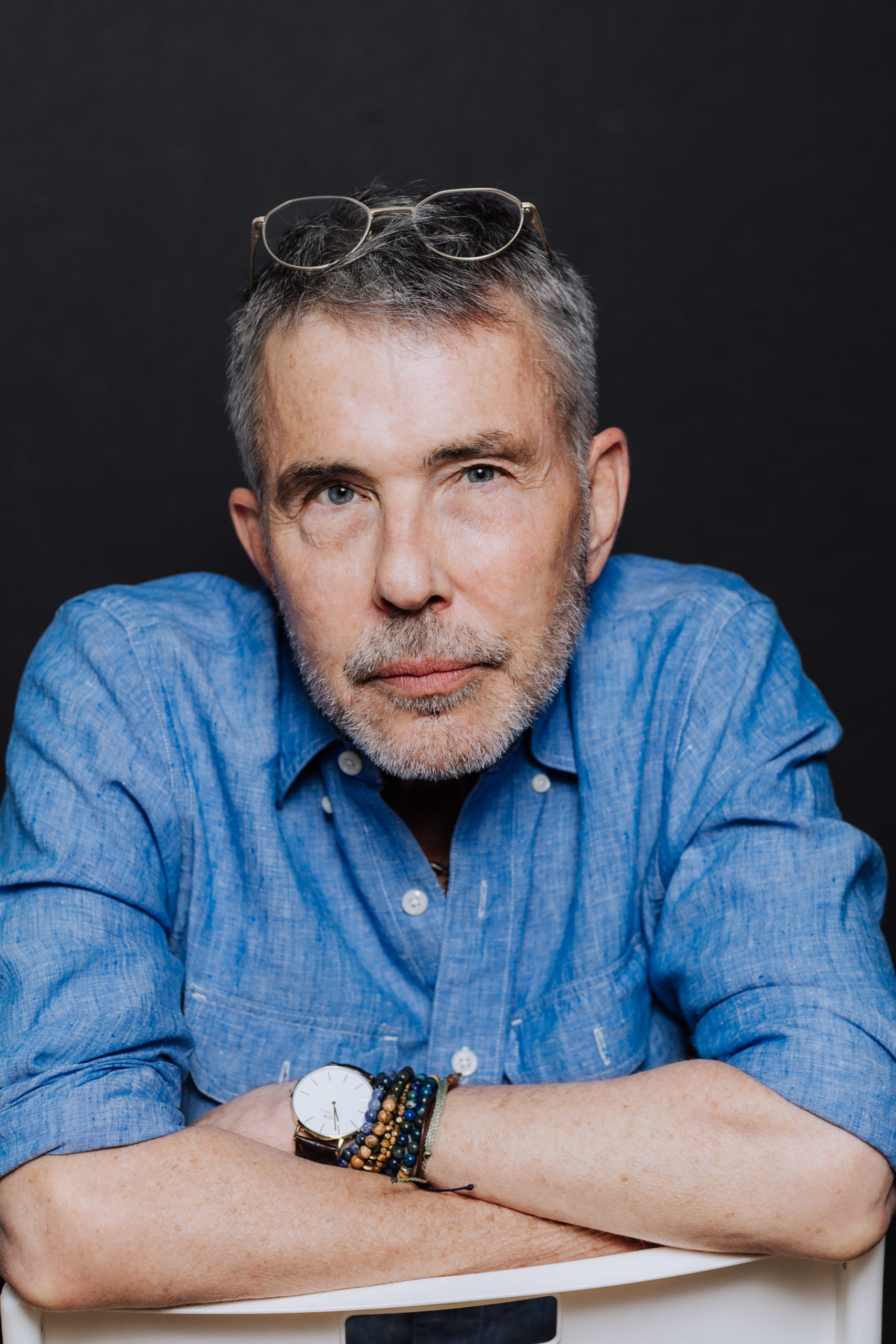 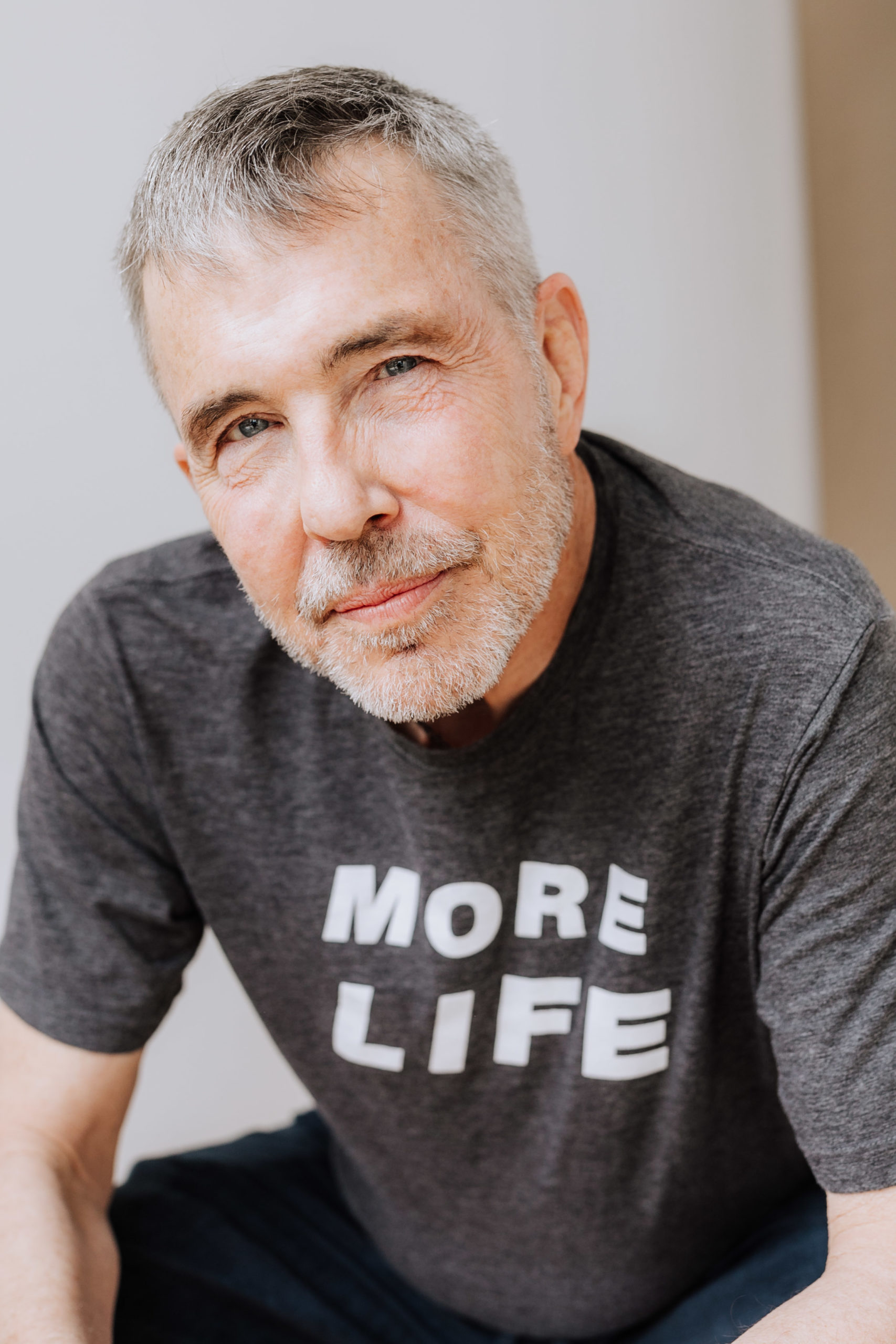 Sara Canning
Actress (Vampire Diaries, A Series of Unfortunate Events, Nancy Drew)
While studying with Andrew, we’ve delved into the technique, stamina, and discipline necessary to work in the Film & Television industry. But more importantly, under his instruction, I’ve developed a curiosity, a hunger, for understanding why people are the way they are, and do the things they do. Compassion for the human spirit has led me to deeper character development and the ability to be open and emotionally available for my fellow actor.

Emily Bett Rickards
Actress (Arrow)
Andrew taught me that the imagination is without bound and the more you explore its vast landscape the more colourful your world will become. He taught me that simplicity is never simple and that the ability to observe is a gift that must be exercised. Andrew teaches in colour, in action, in sound, and music, and personal stories. He makes his lessons moving and individual. Your vulnerability and desire for discovery are expected. You must work hard and bring your willingness to every class. He wants to prepare you for the audition - the job, but beyond that he wants you to leave class curious and on the hunt for something new.

Julia Stone
Actress (Aftermath, Allure, Honey Bee)
The very first time I was taught by Andrew, I left the room feeling like a door had been opened; I saw that a world of possibilities, of life, information, and emotions, all lay within the text of a script. His enthusiasm, wisdom, love of the craft, humour, raw honesty and creative guidance have helped me in an incredible way throughout my past few years’ journey as an artist and as a person. I believe wholeheartedly that he has been one of my greatest supporters through some of my toughest times. He is truly an extraordinary mentor; he will keep you telling stories to the deepest truth and calling you out when you have further to go. Studying with Andrew will help you to realize your full potential as an actor, and to gather the courage to keep reaching it.

Jackie Lind
(2 x “Emmy” & “LEO” Award Winning Casting Director, CSA)
I know Andrew Mcllroy as a teacher, coach and a working actor. I have been invited several times into his classes and workshops and have seen first hand how well trained his students are. The students love his candor, humour, passion and wealth of knowledge. Andrew helps his students develop skill with confidence and his enthusiasm and love for the craft is instilled in all of them. Andrew is a gifted working actor who always delivers strong, creative choices in the auditioning room which makes him such a great coach. I never hesitate to bring him into my casting sessions. I not only like Andrew as a person, I respect him and his knowledge. He is a gem and such a pillar in our film community.

Maire Avgeropoulos
Actress (The 100)
I love how I get to bounce ideas off a now lifelong friend who always provides character insight and sparks my brain into a brilliant idea. Andrew is consistently collaborative and inspirational.